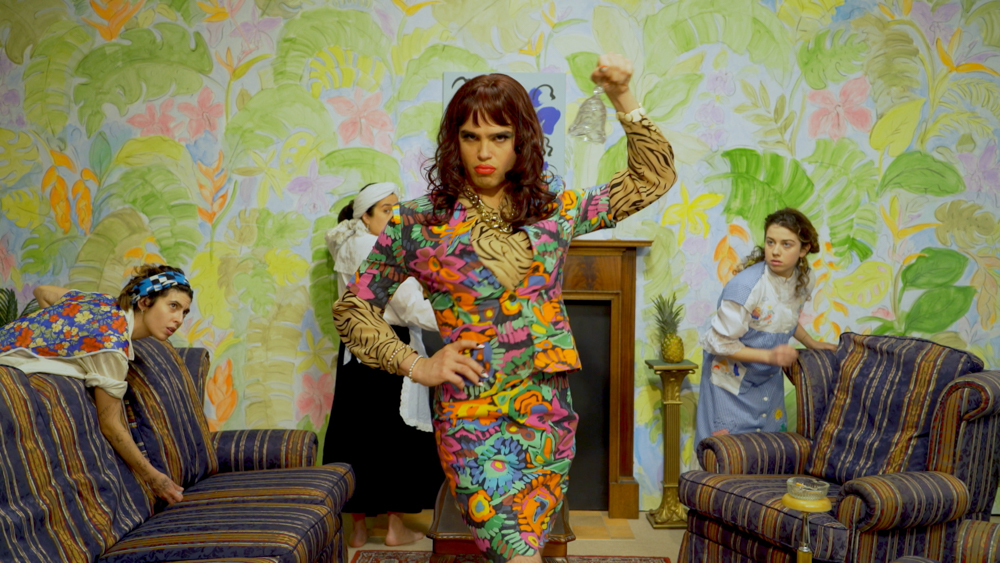 CONGLOMERATE is a collaborative Gesamtkunstwerk presented in the form of a television network. The project is realised by a core team of five Berlin-based artists and filmmakers: Sol Calero, Ethan Hayes-Chute, Derek Howard, Christopher Kline and Dafna Maimon.

CONGLOMERATE and its members conceive, direct and produce original programs. Their 30-minute ‘Blocks’ are composed of recurring shows, ads, and one-off segments, while also including contributions from invited guest artists. A mishmash of genres and sources of inspiration are characteristic of CONGLOMERATE’s style. They pull references from the vernacular of TV history and utilise the model of a TV station in order to embrace collaboration, as well as to reconsider how exhibitions are viewed online. Filmed in original elaborate sets that are usually built within gallery contexts, the programs mix diverse content merging melodrama, documentary, comedy, interview, music and art into a unified body. The videos are shown in the exhibition among the original sets, as well as broadcast on the web.

‘Station ID’ is CONGLOMERATE’s first project to be realised in London. Inspired by the Rube Goldberg Machine, the installation will be an absurdly complicated arrangement of devices, linked together to perform a simple task. This will be used to film a new Station ID segment for an upcoming Block, incorporating past props and guest works into a new, irrational contraption as part of an upcoming larger production. The machine will span the rooms of the gallery, configured only for the perspective of the camera, hence the edges and backs of 3D elements will be left unfinished, the walls painted only where necessary. While this facade will be kept up within the ‘Station ID’ videos themselves, it will be broken as the public is invited to visit the set as an exhibition. 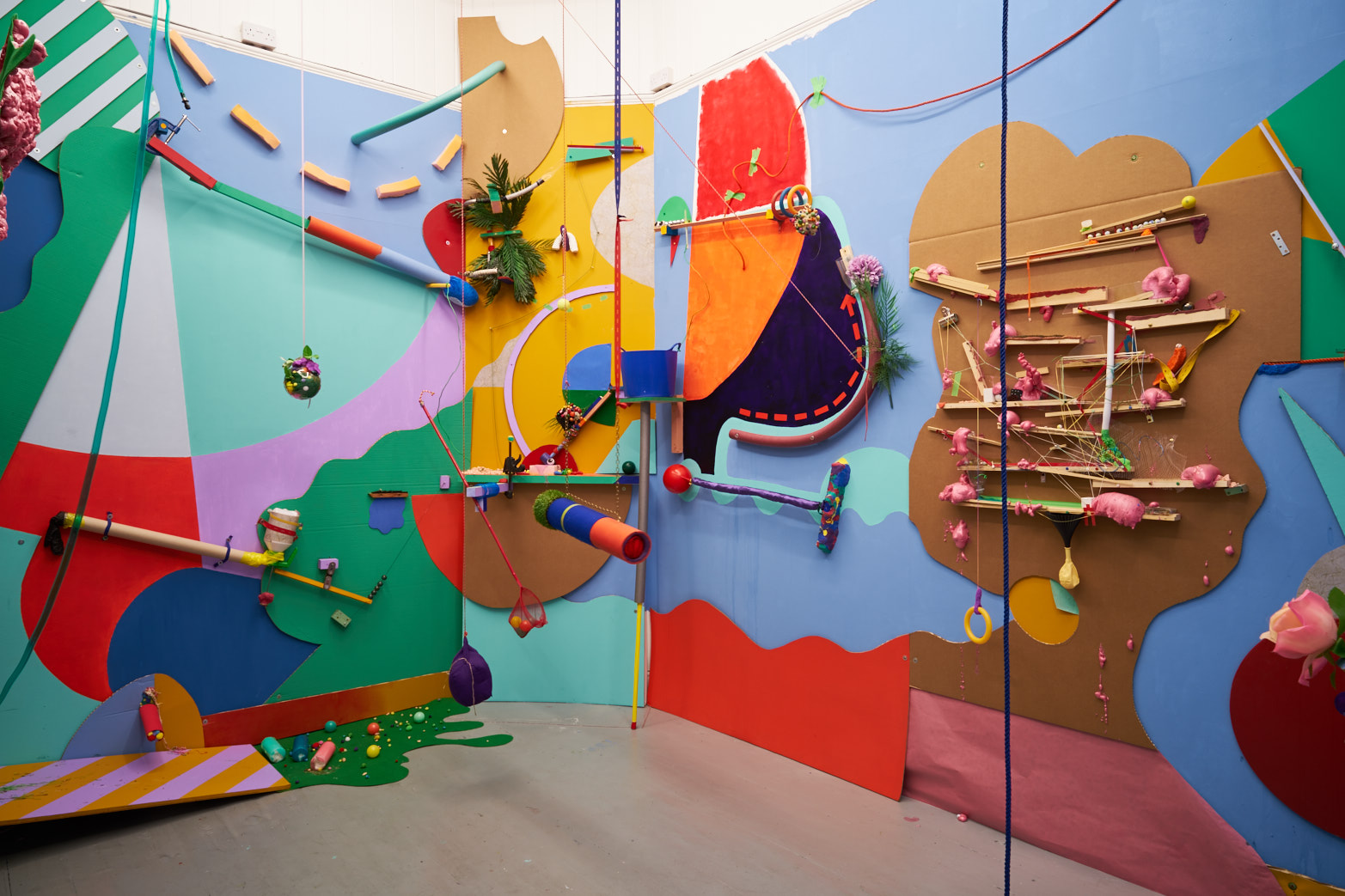 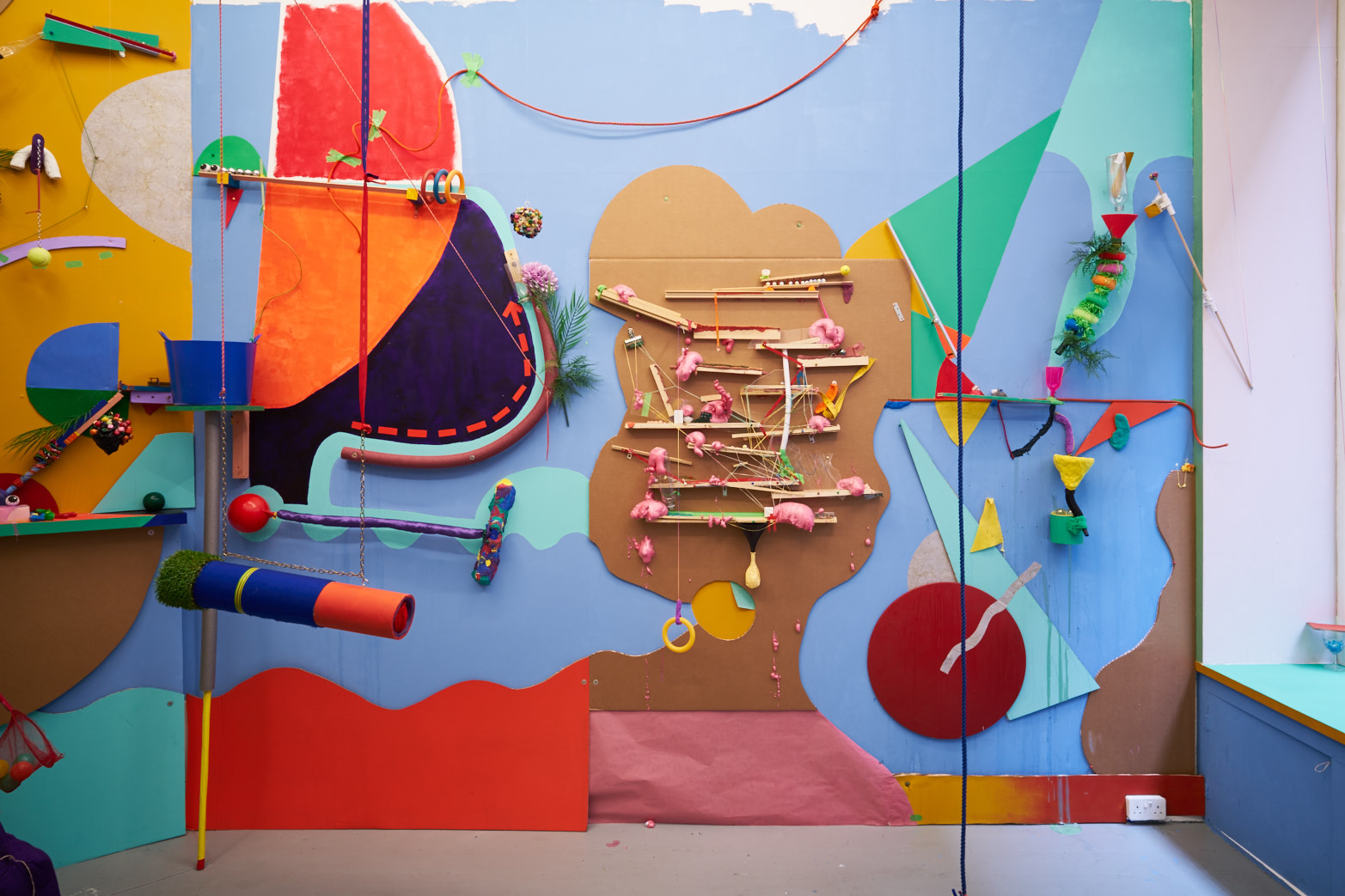 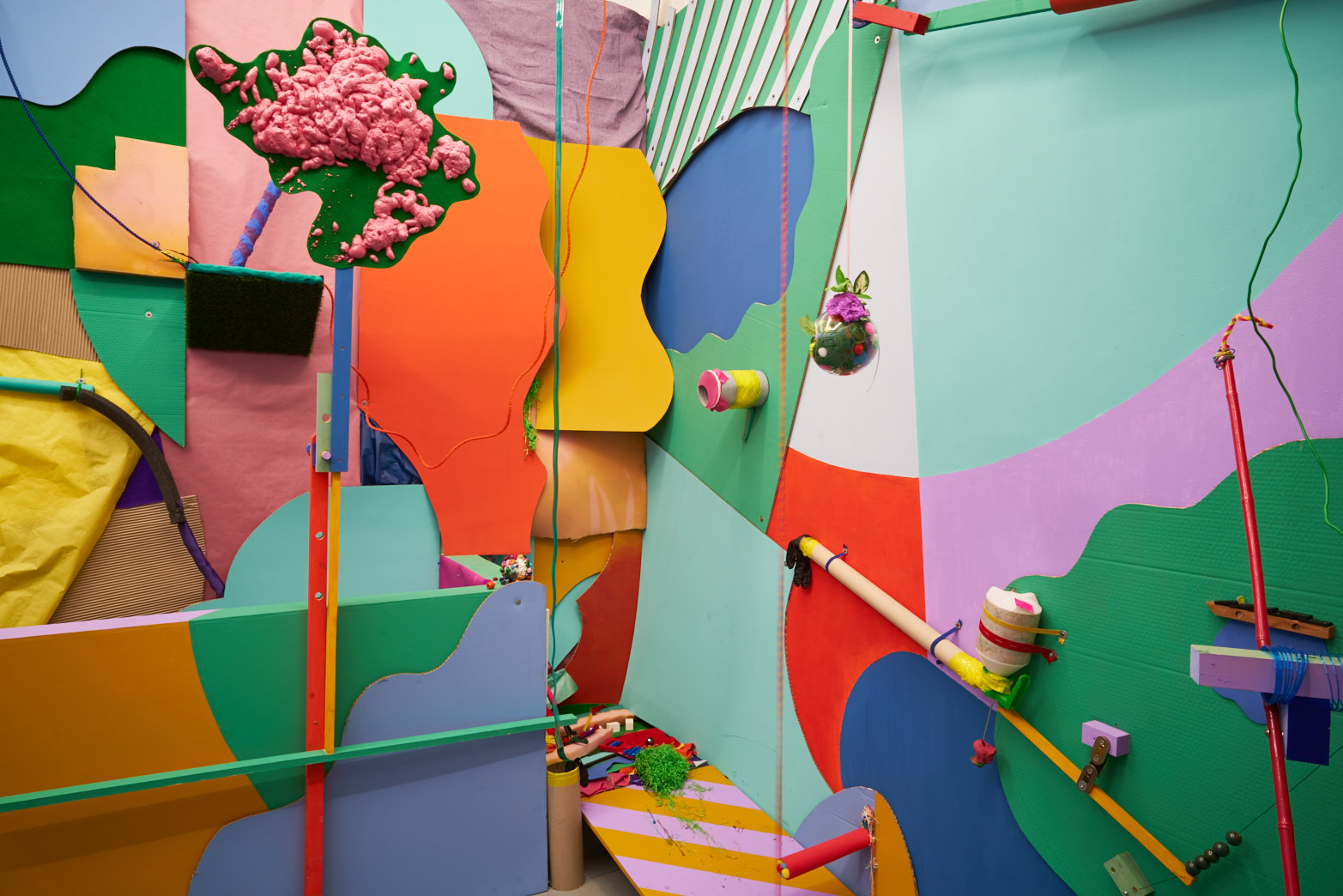 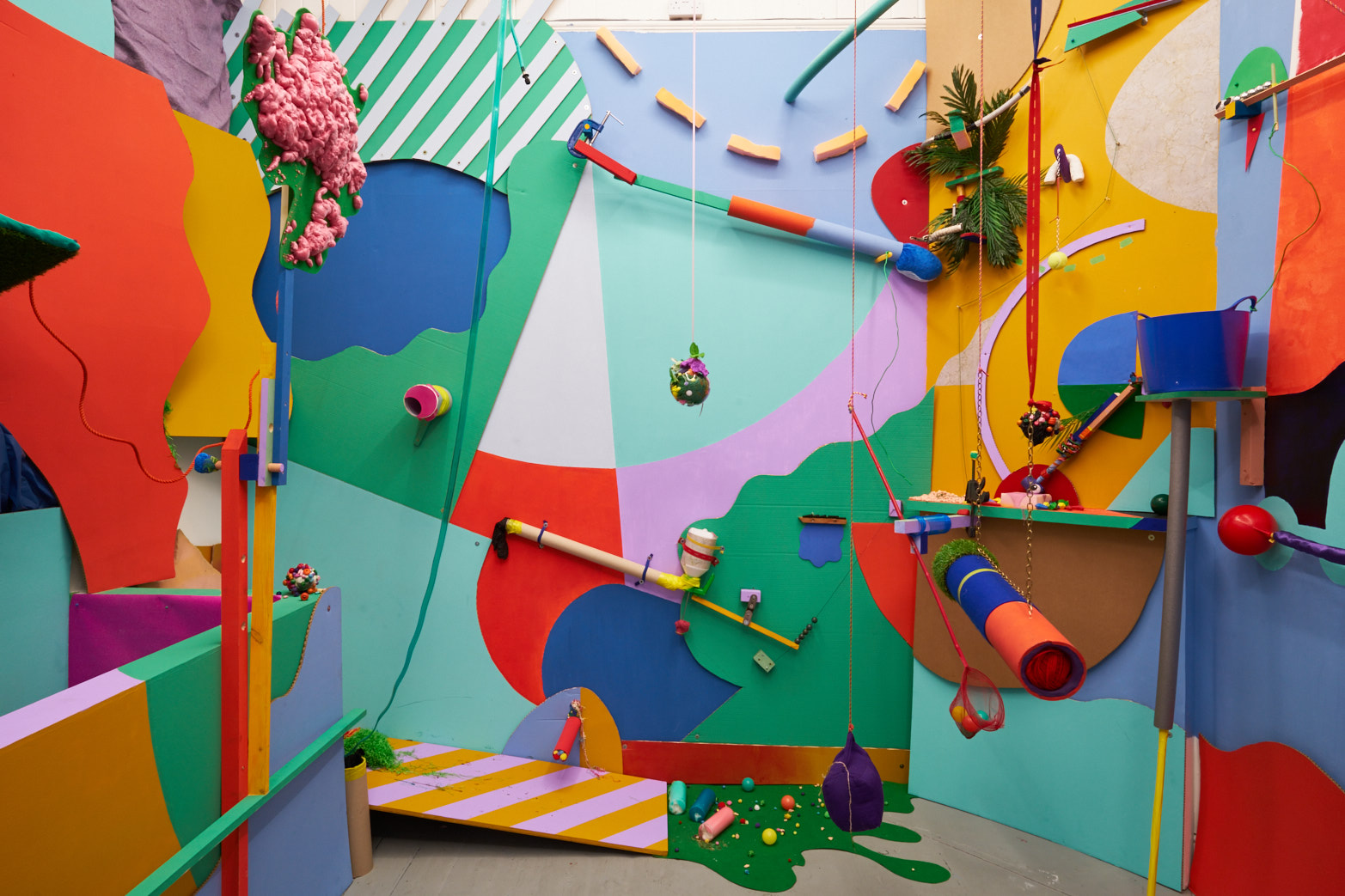 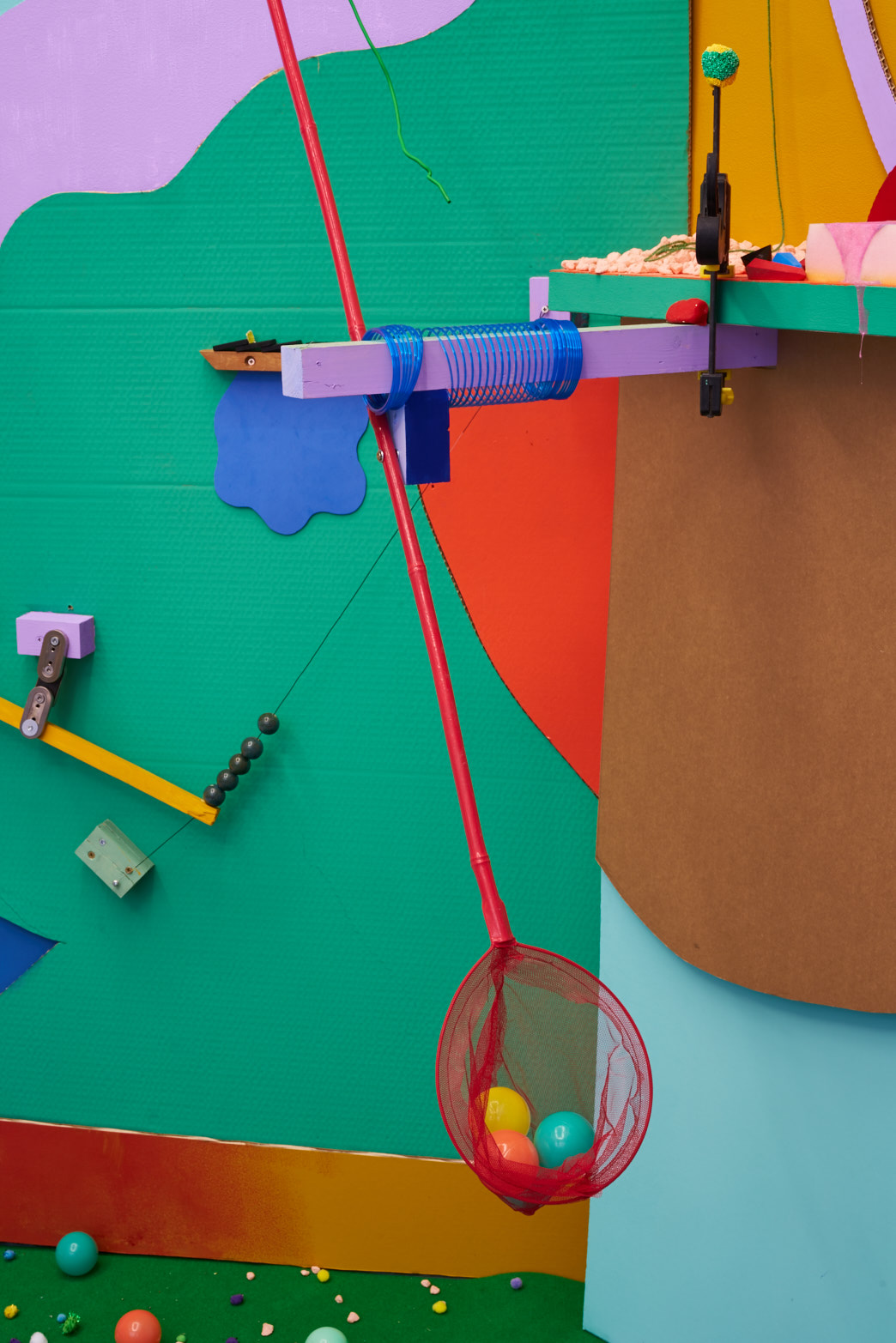 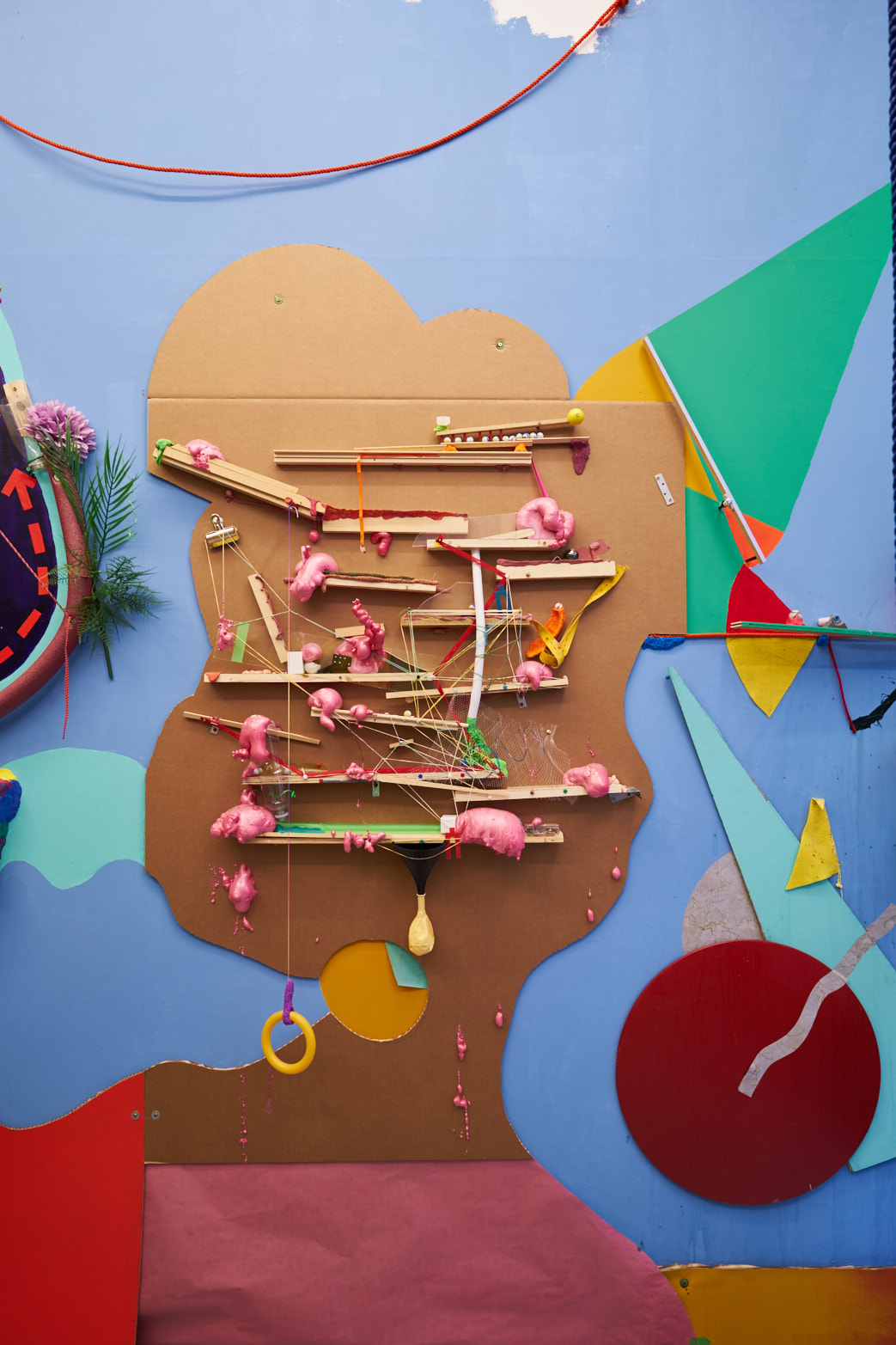 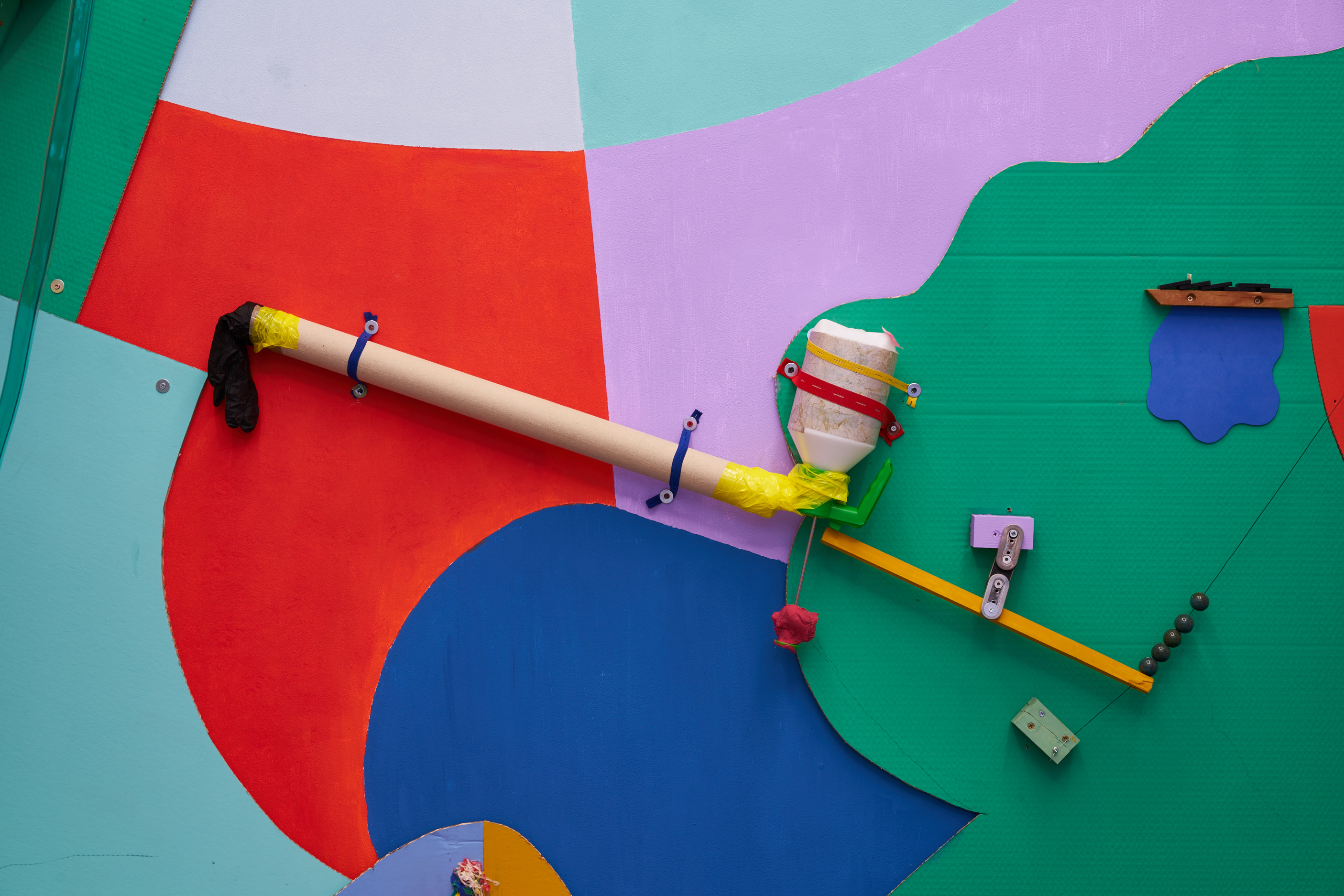 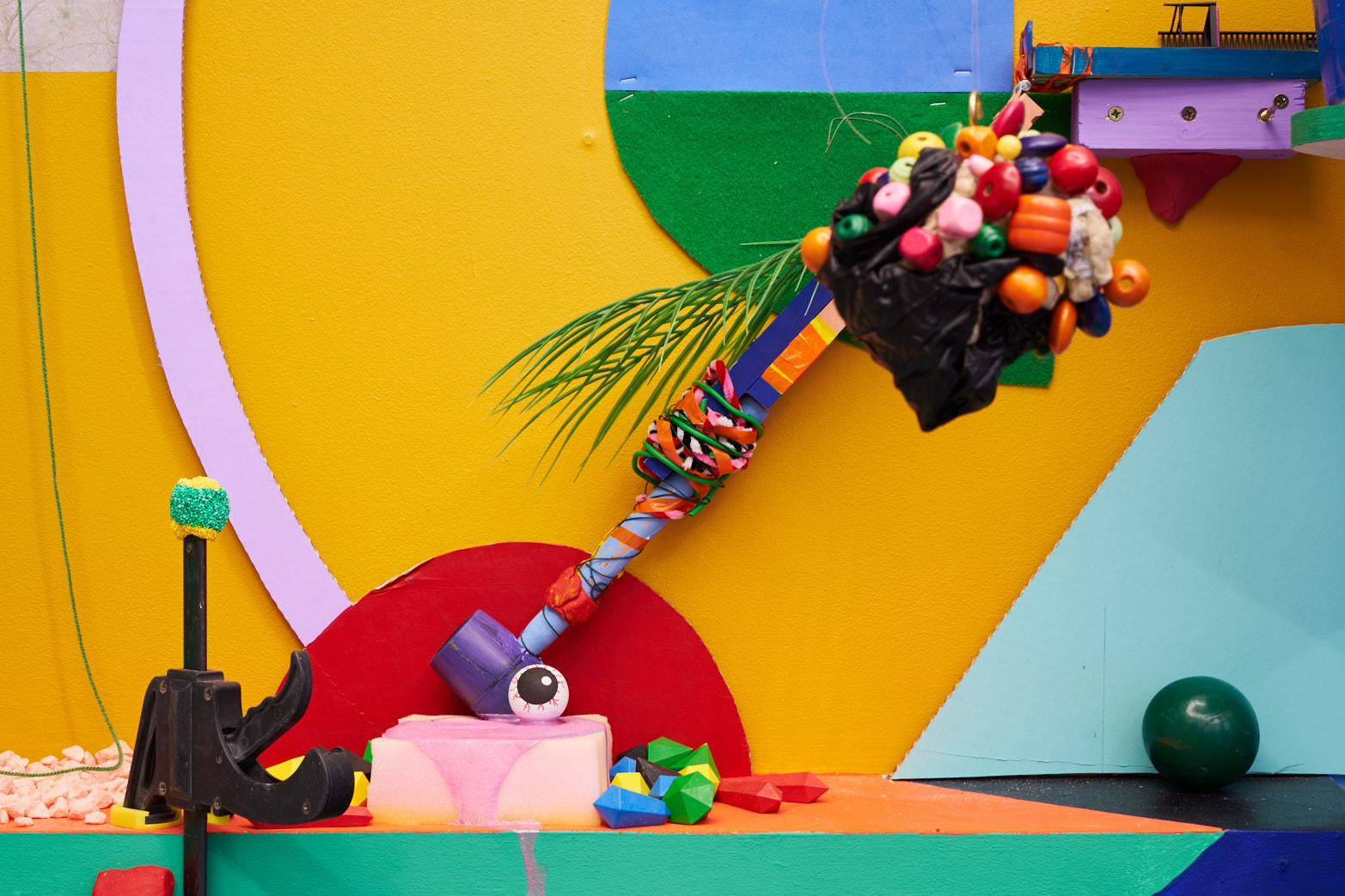 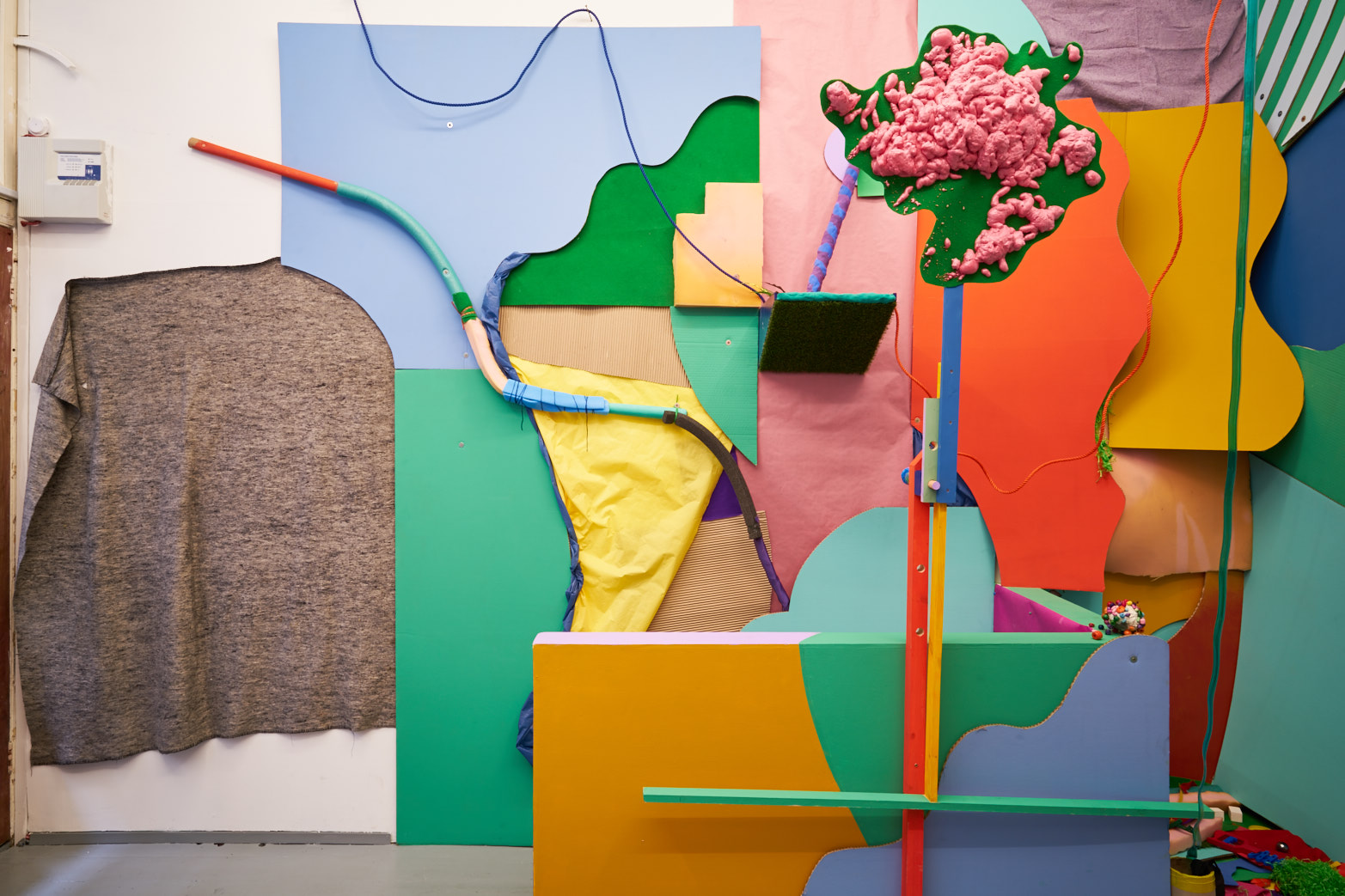 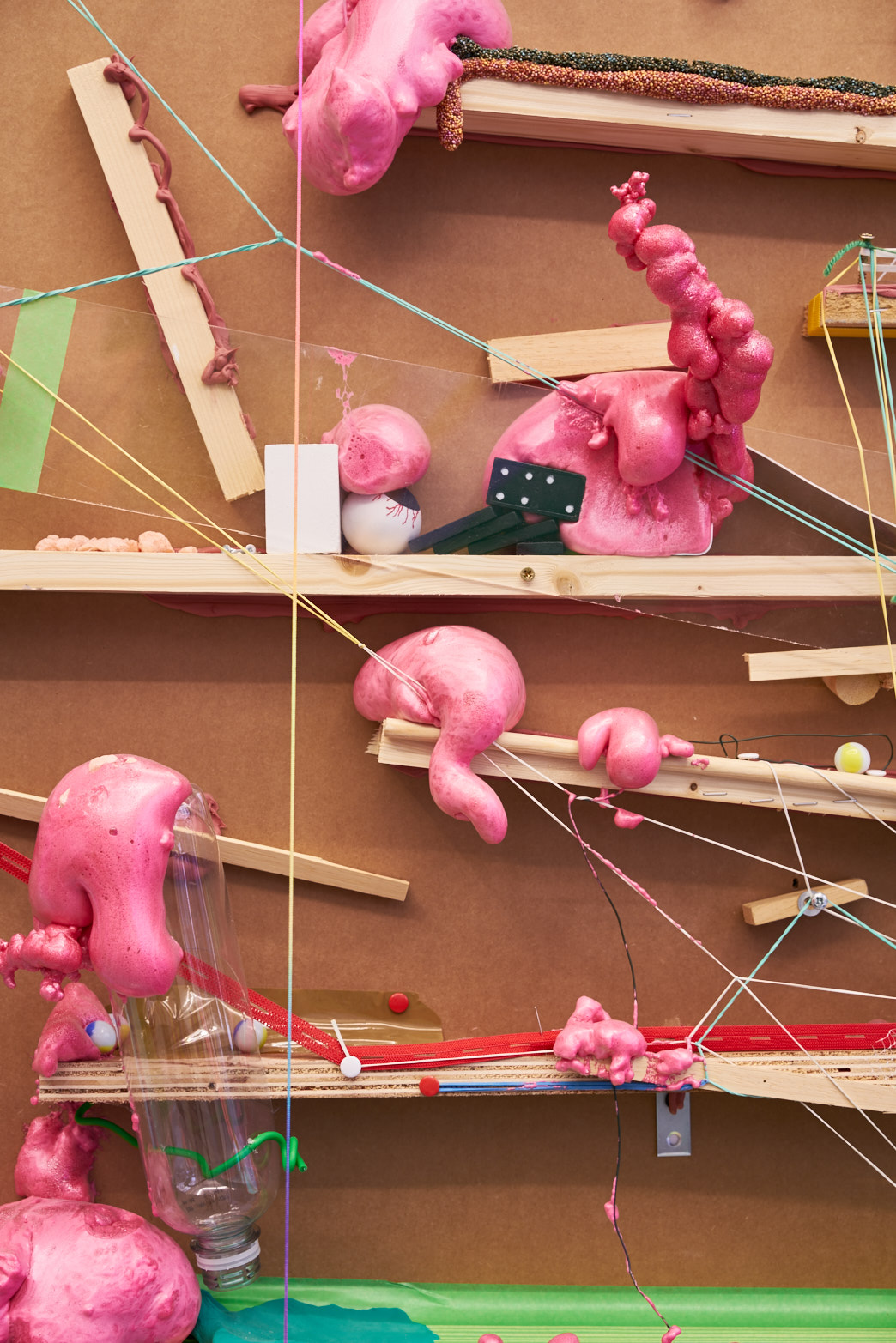 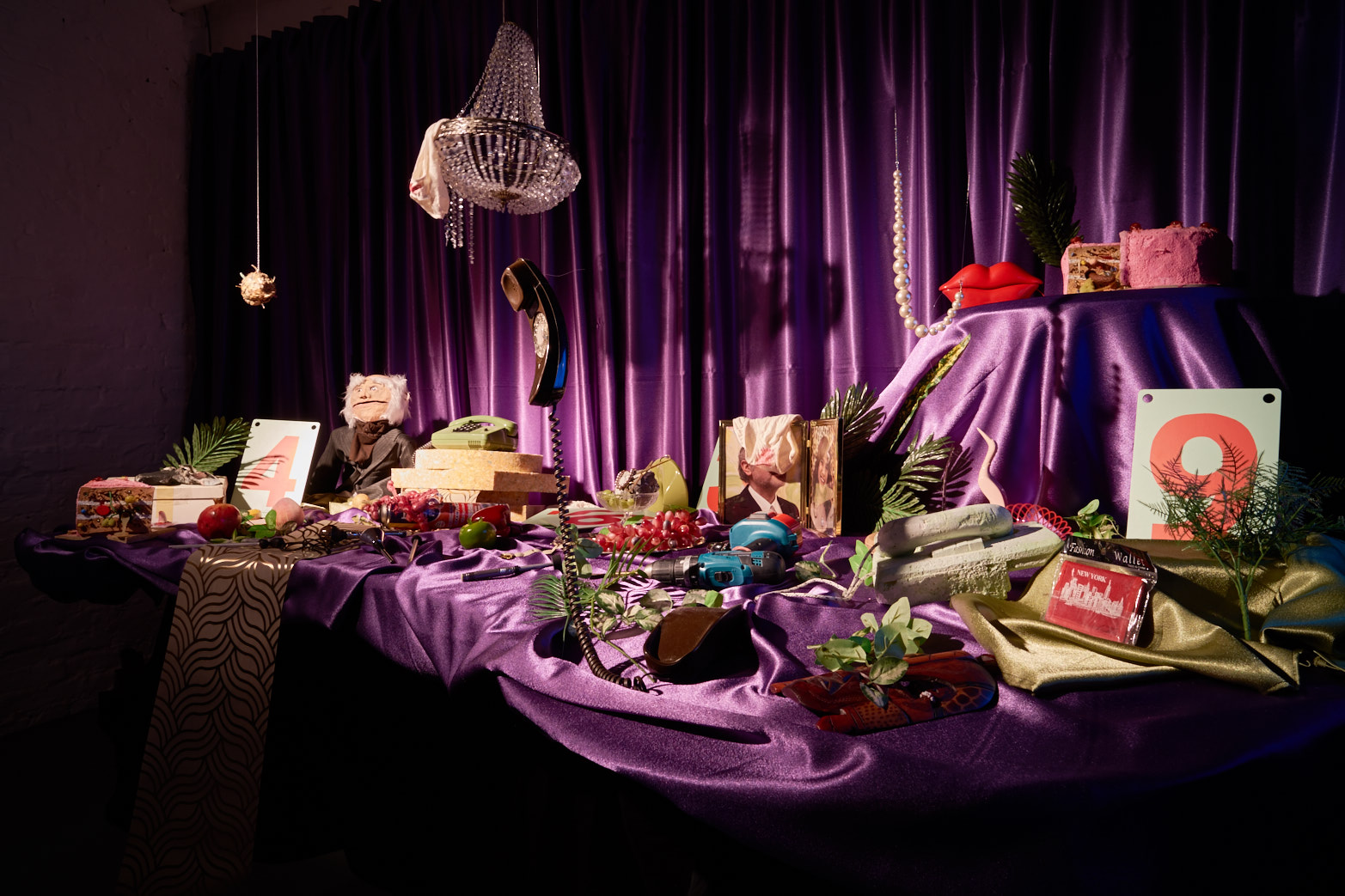 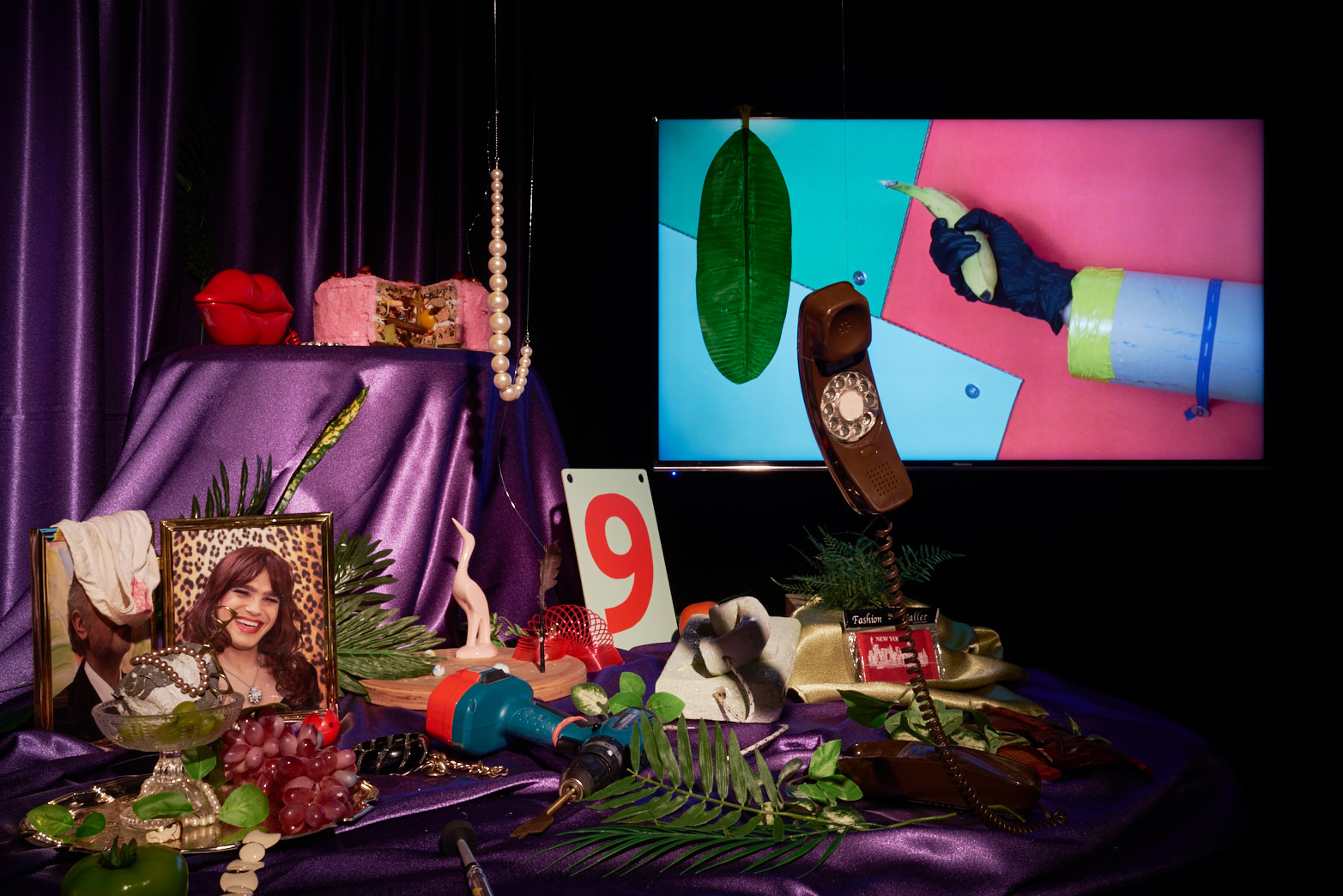 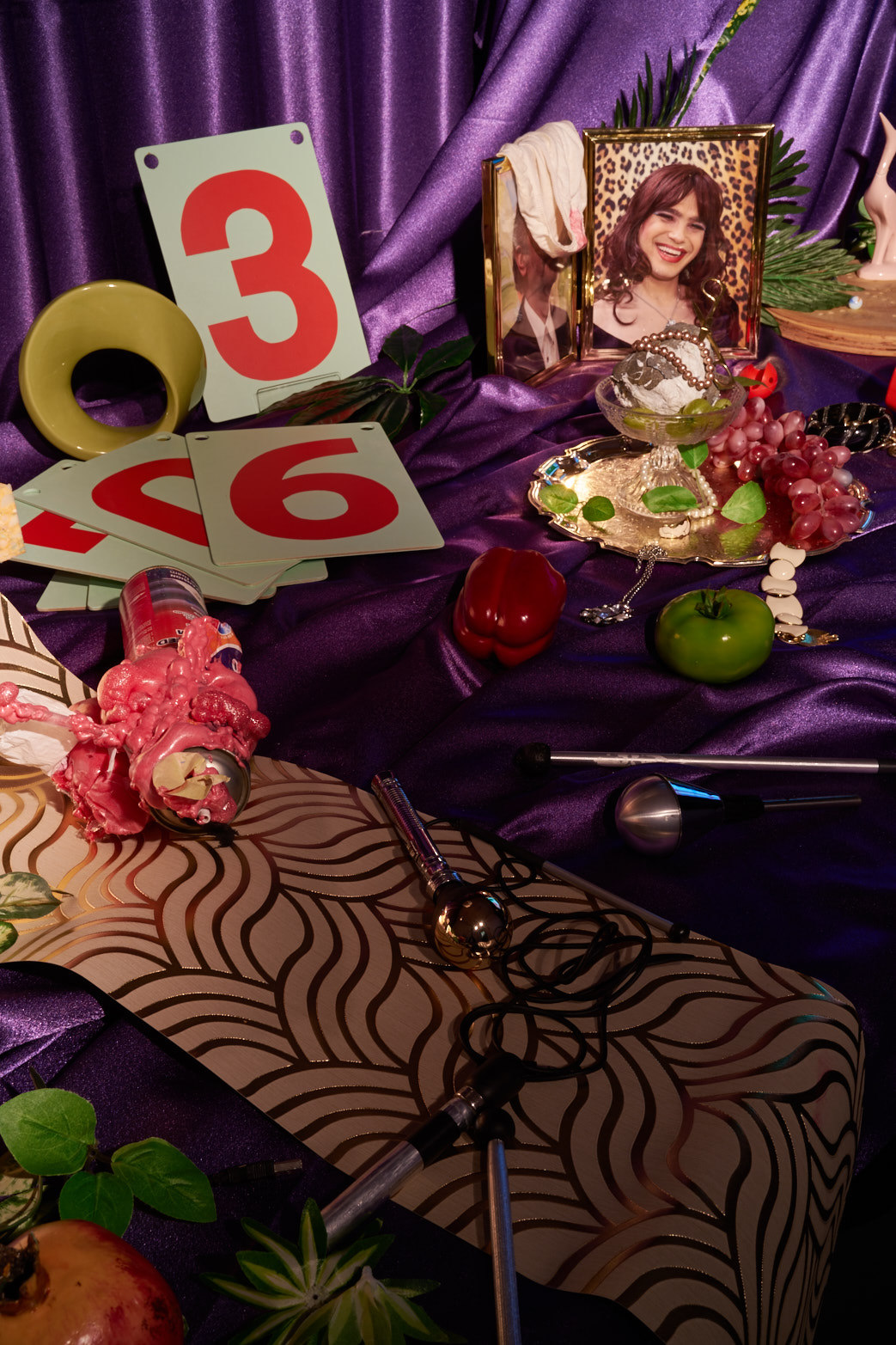 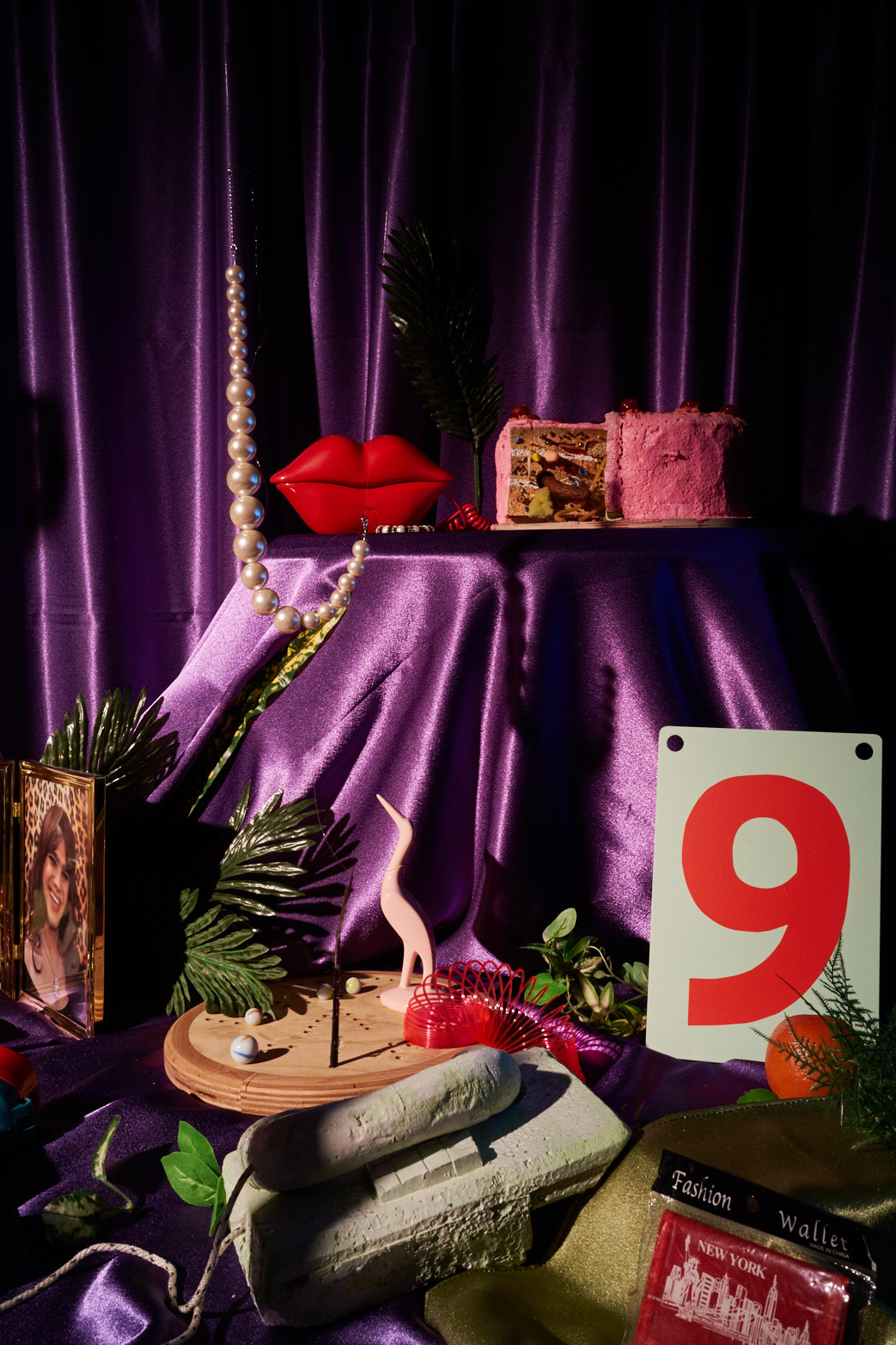 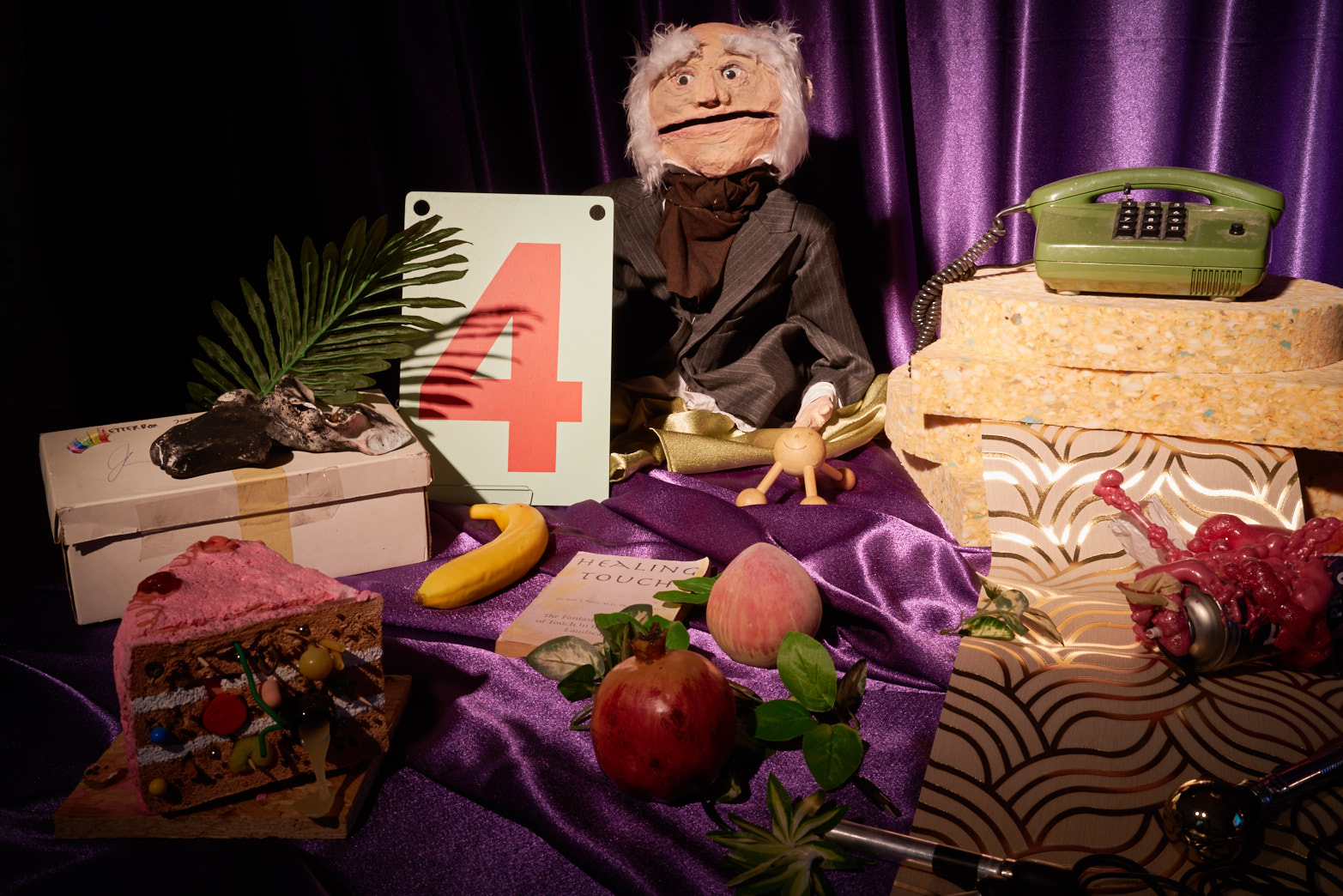 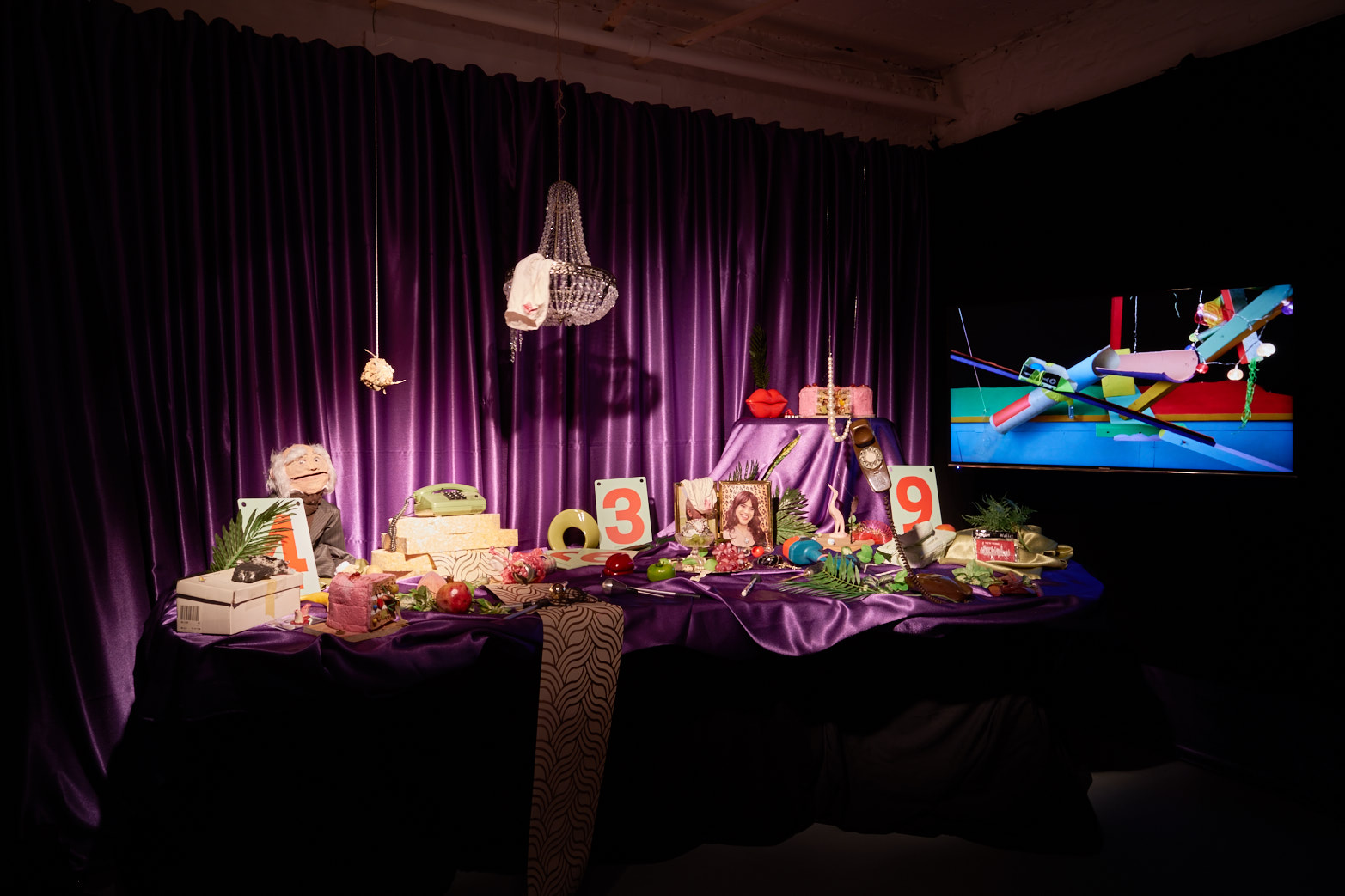 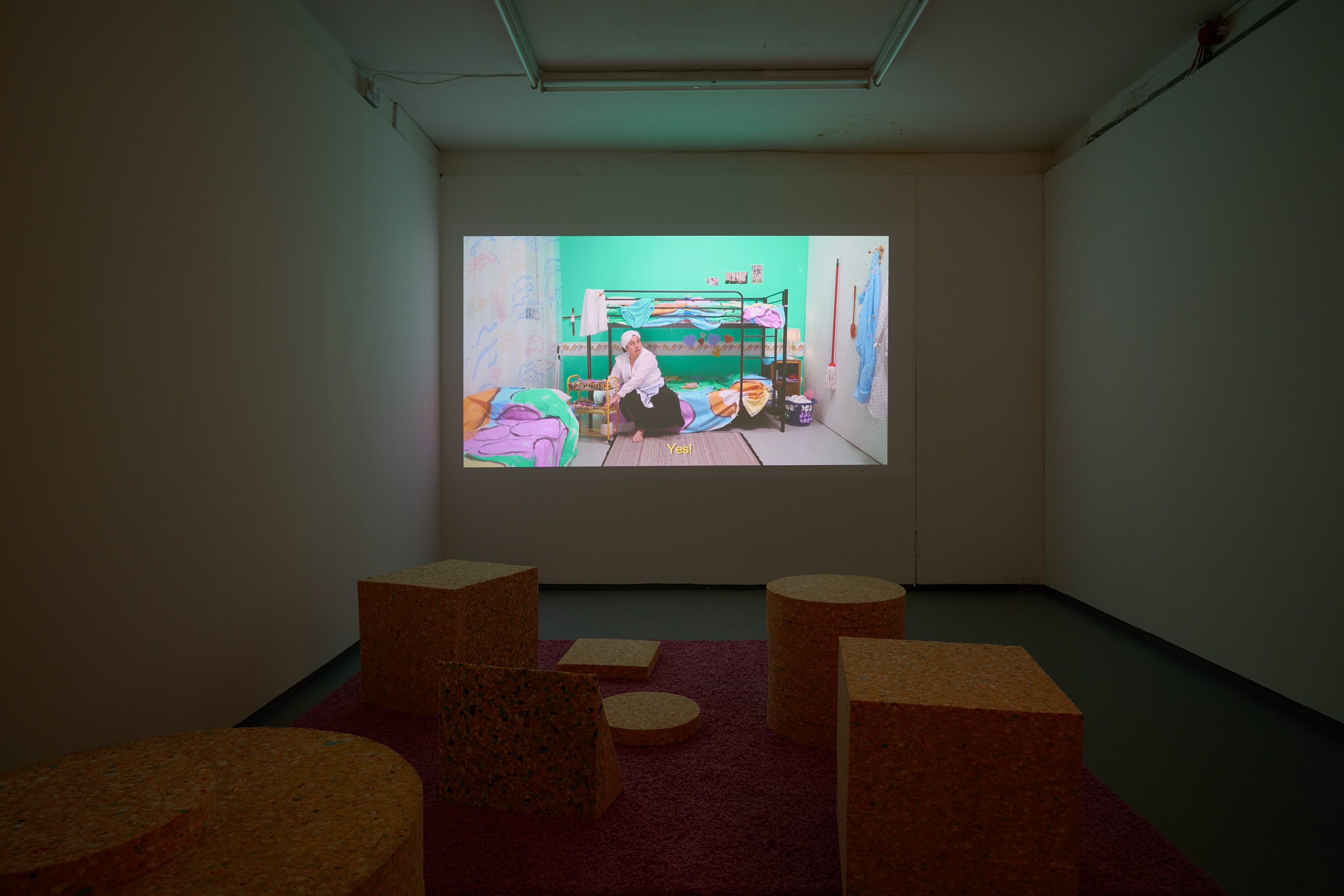 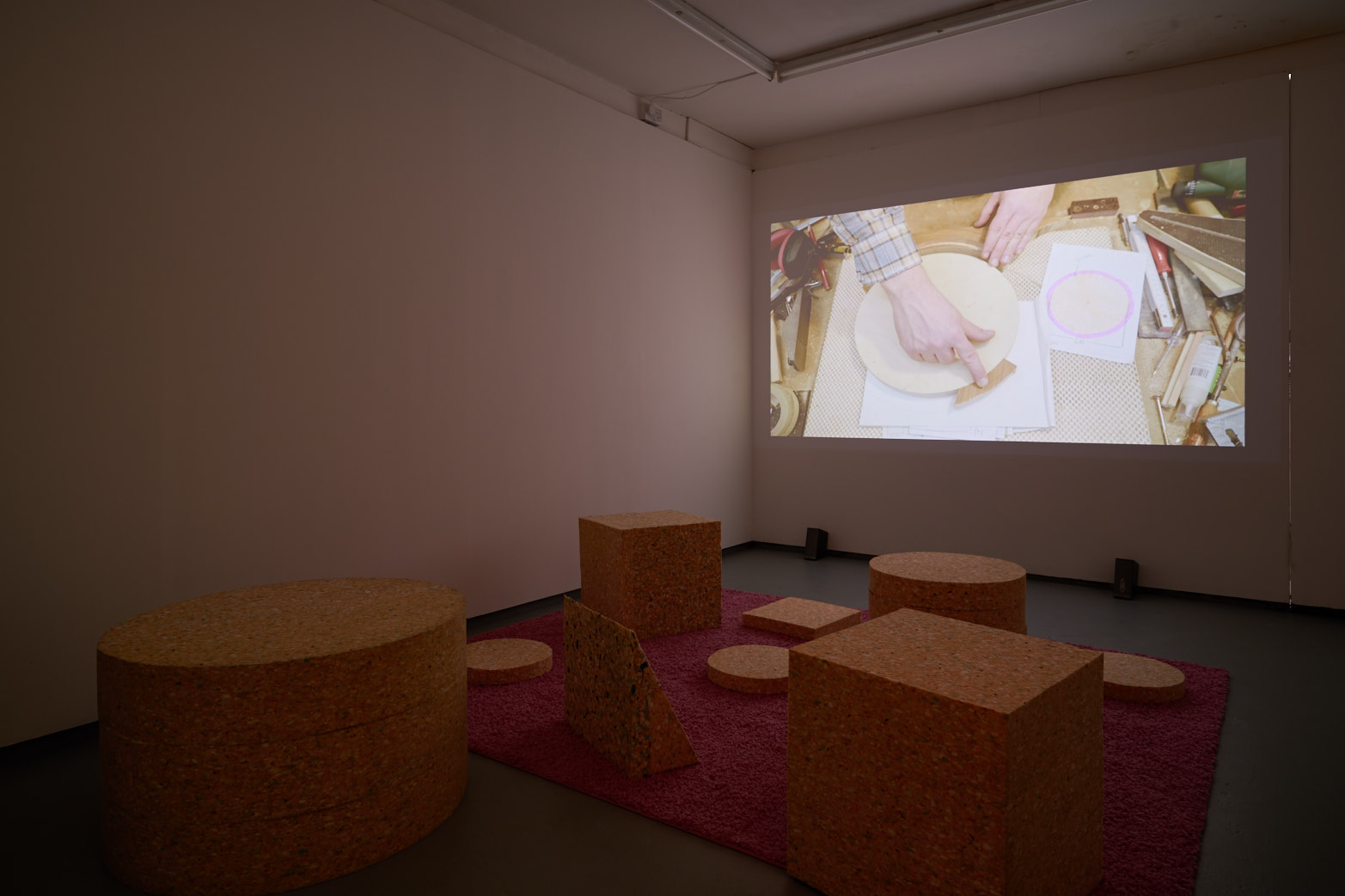 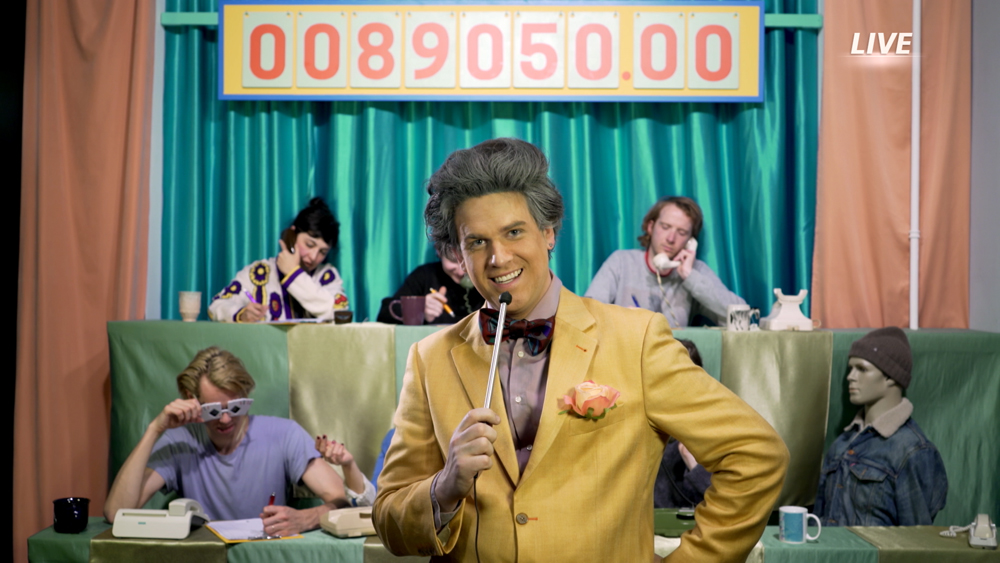 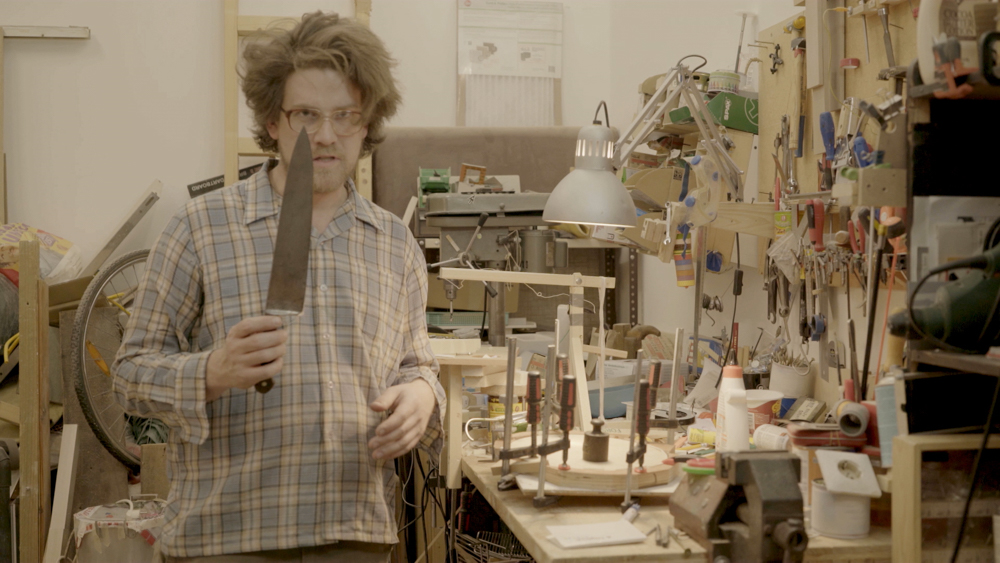 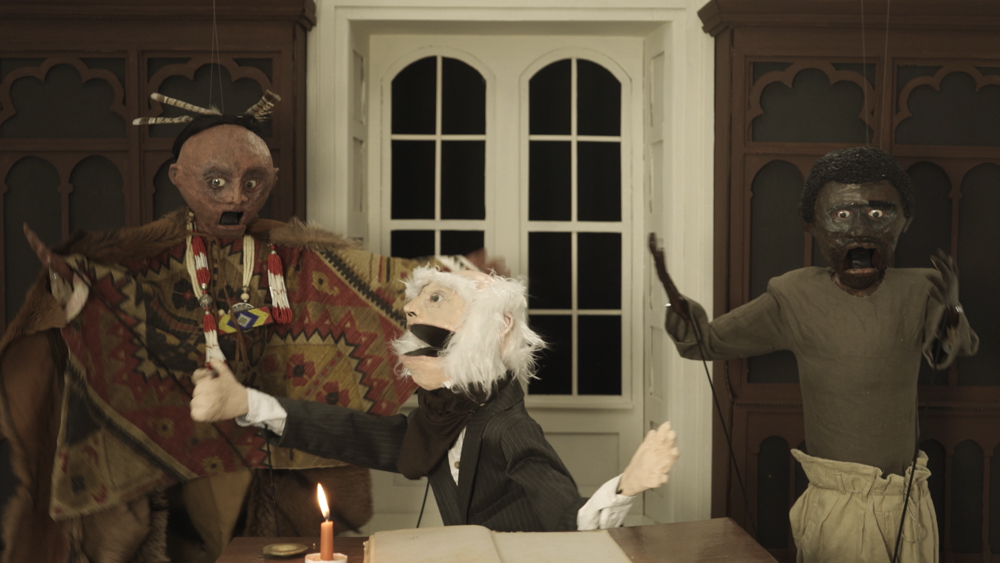