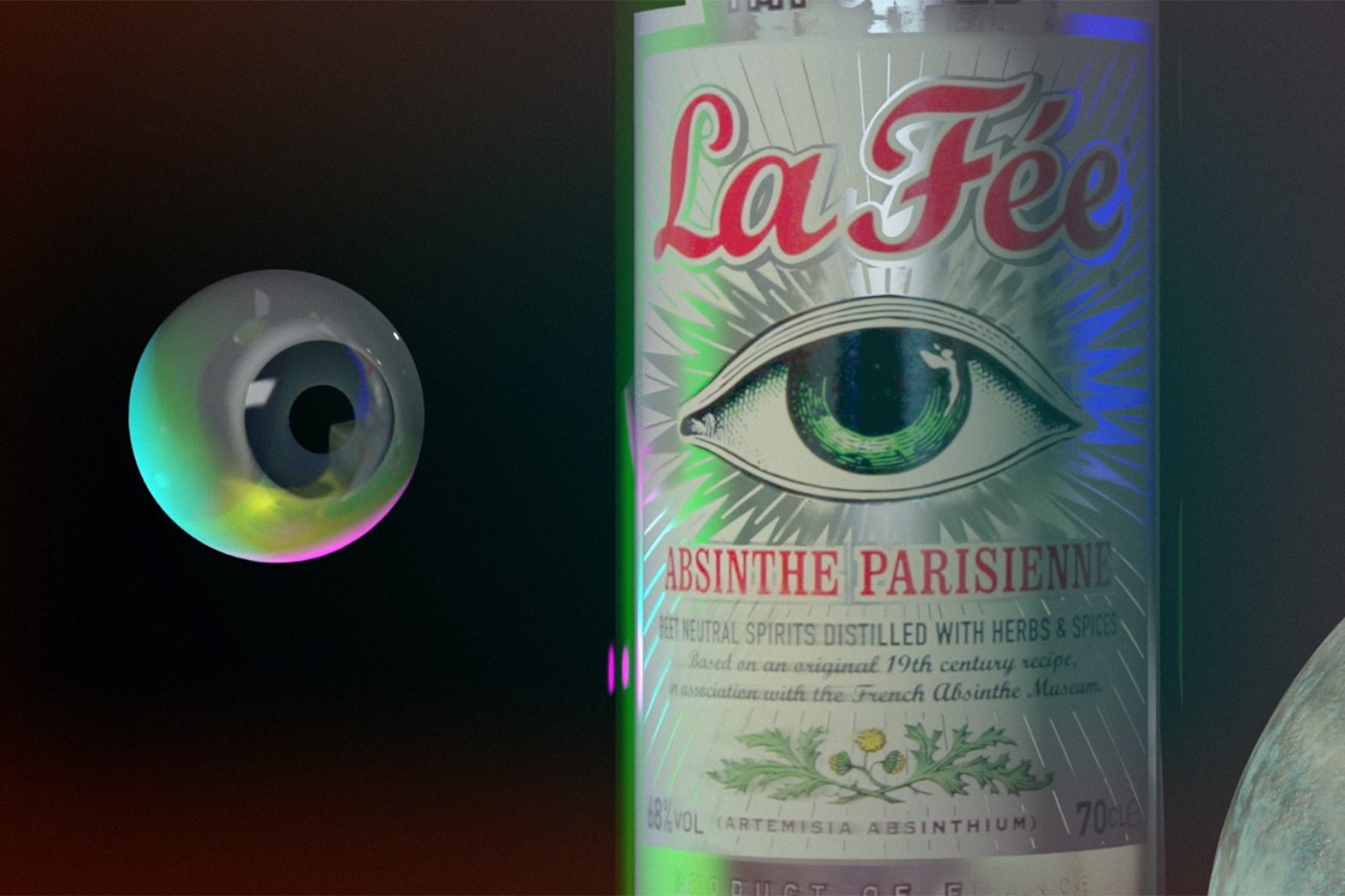 For his solo exhibition at Tenderpixel, he presents two interconnected projects which spring from his ongoing research on humans’ relation with images throughout history. Using the tensions between representation and represented reality as a cognitive tool, the show highlights how capital colonises aesthetic experience.

The Accursed Stare is a new, 35-minute digital animation piece, placed between an audiovisual essay, an anthropological examination and a psychedelic animation. It revolves around the reflections of an art historian in a not too distant future, as she explores different aspects of the image from its birth in the Paleolithic through Ancient Greece and the Enlightenment, to the rise of conceptual art in the 1960s and its heritage of distrust towards aesthetic quality in ‘post- conceptual art’. Finally, the work brings to light today’s cult of individualism through consumerism.

The project draws on George Bataille’s theory of general economy to consider the evolution of the image and its use. Bataille contends that the main problems we face as a species derive not from shortage, but from an excess of cosmic energy, which we must unlock: it is either 'spent luxuriously' on the arts, non-procreative sexuality or sumptuous moments; or, if we try to make it profitable, it will derive in a sort of violence which pose a threat to the foundations of the society from which it springs.

CATOPTROPHILIA (2013) is a 3D animation structured around the encounter between two objects, belonging to distant time periods, but connected through their complex set of symbolic functions: an Egyptian hand mirror from the New Kingdom (XV. century BC) dedicated to Hathor, goddess of beauty, and the iPhone 4 Elite, released by Apple, California, in 2011. The piece revolves around how the human tendency to create images has always depended on mineral resources, and the social systems that arise from the processes around it.

Finally, each of the projects comprises respectively a series of light boxes and prints, which will also form part of the installation at the gallery. 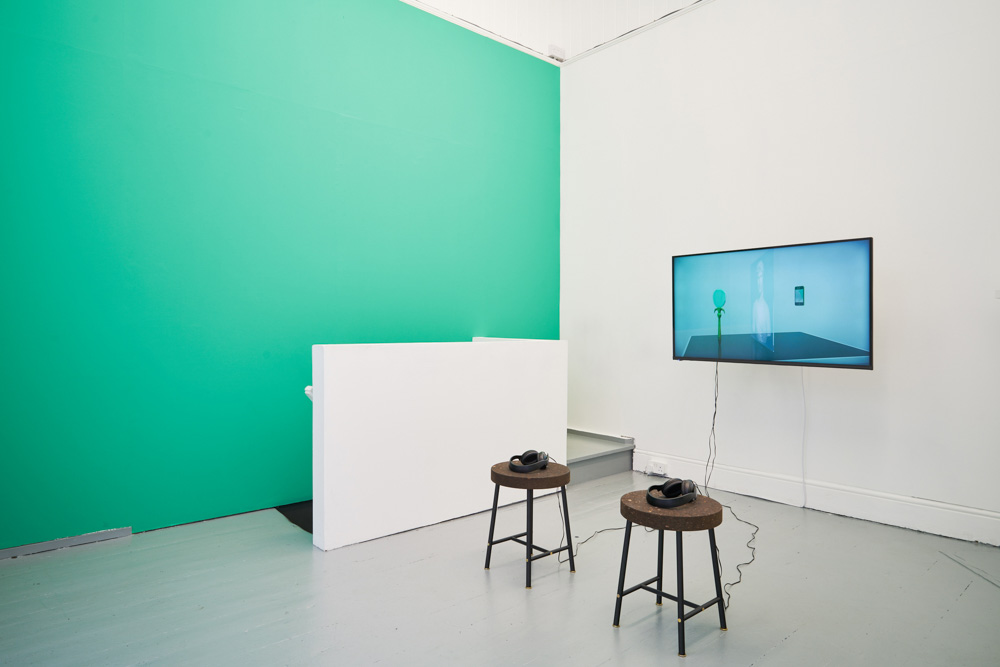 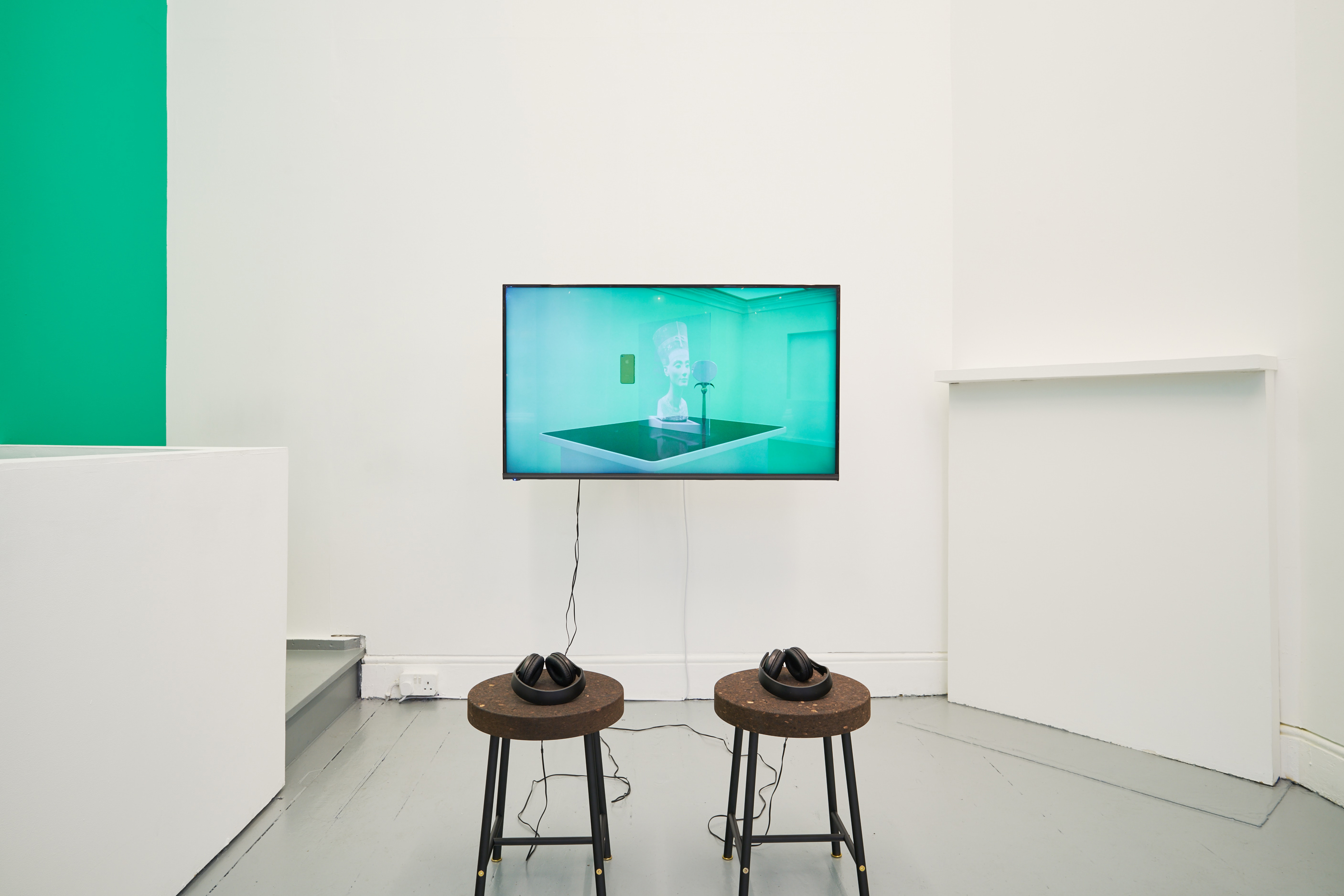 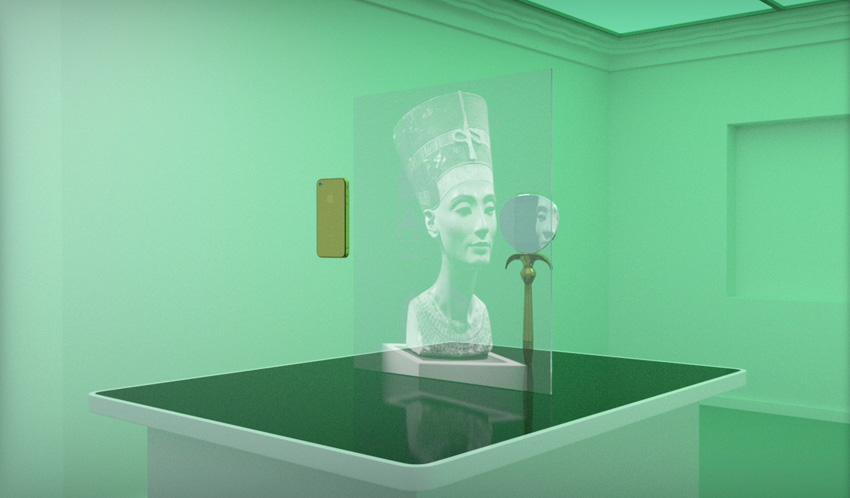 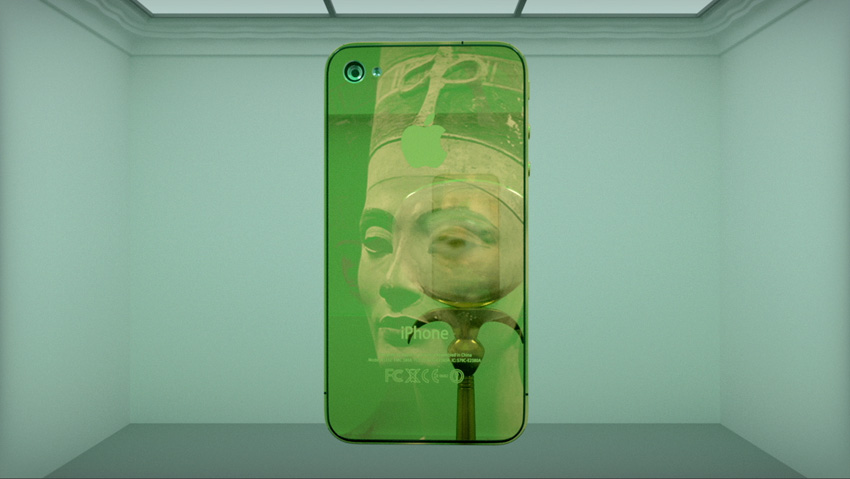 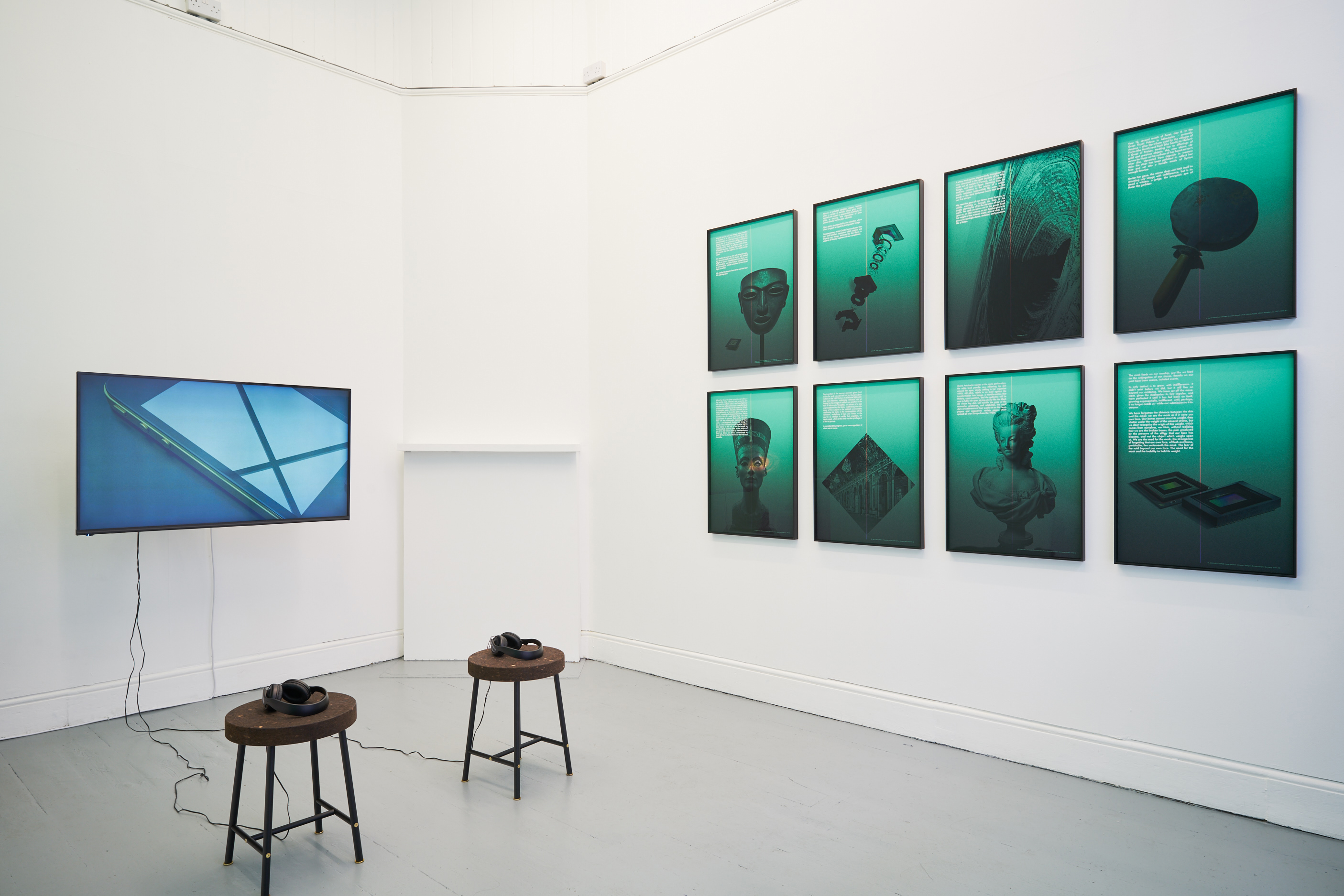 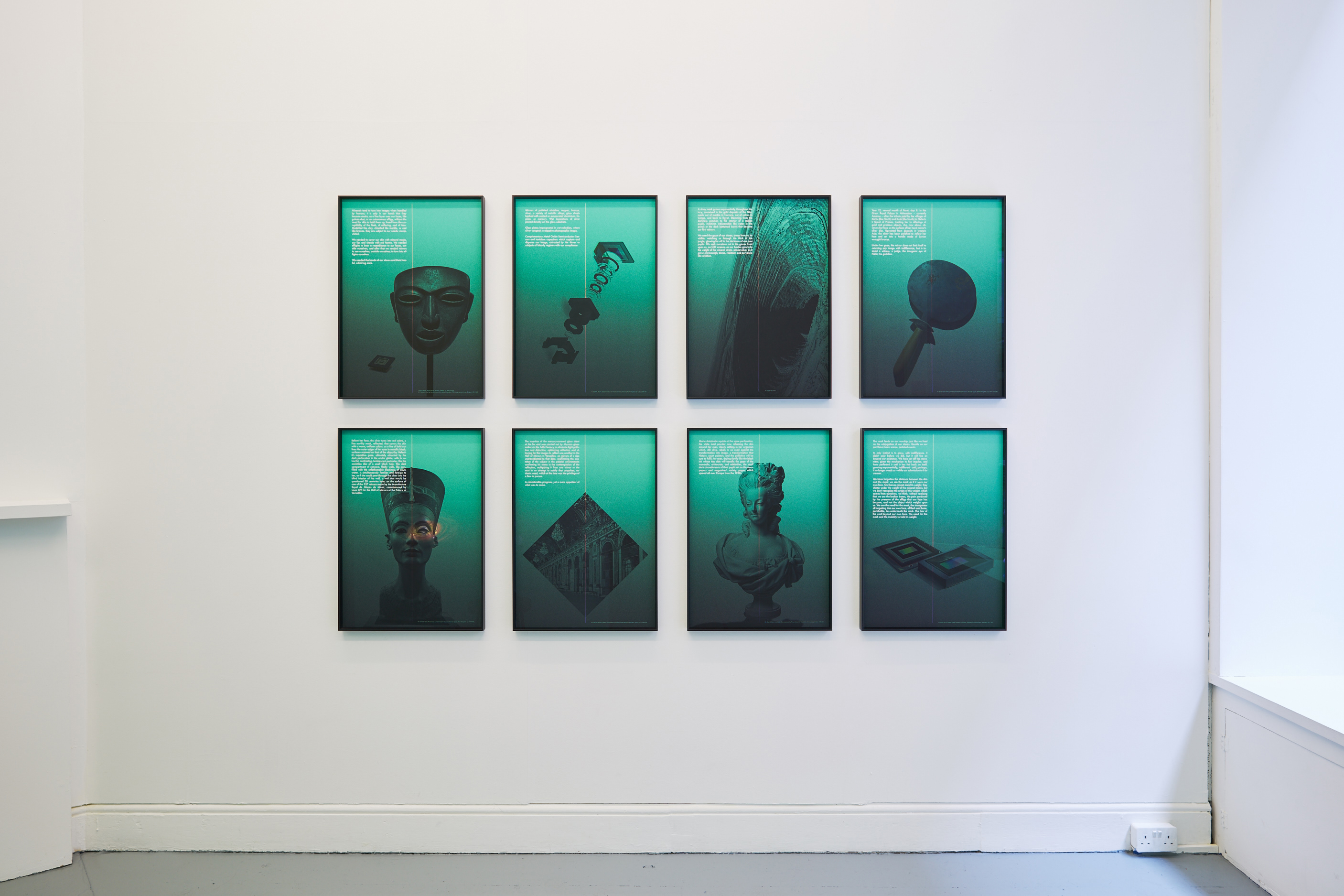 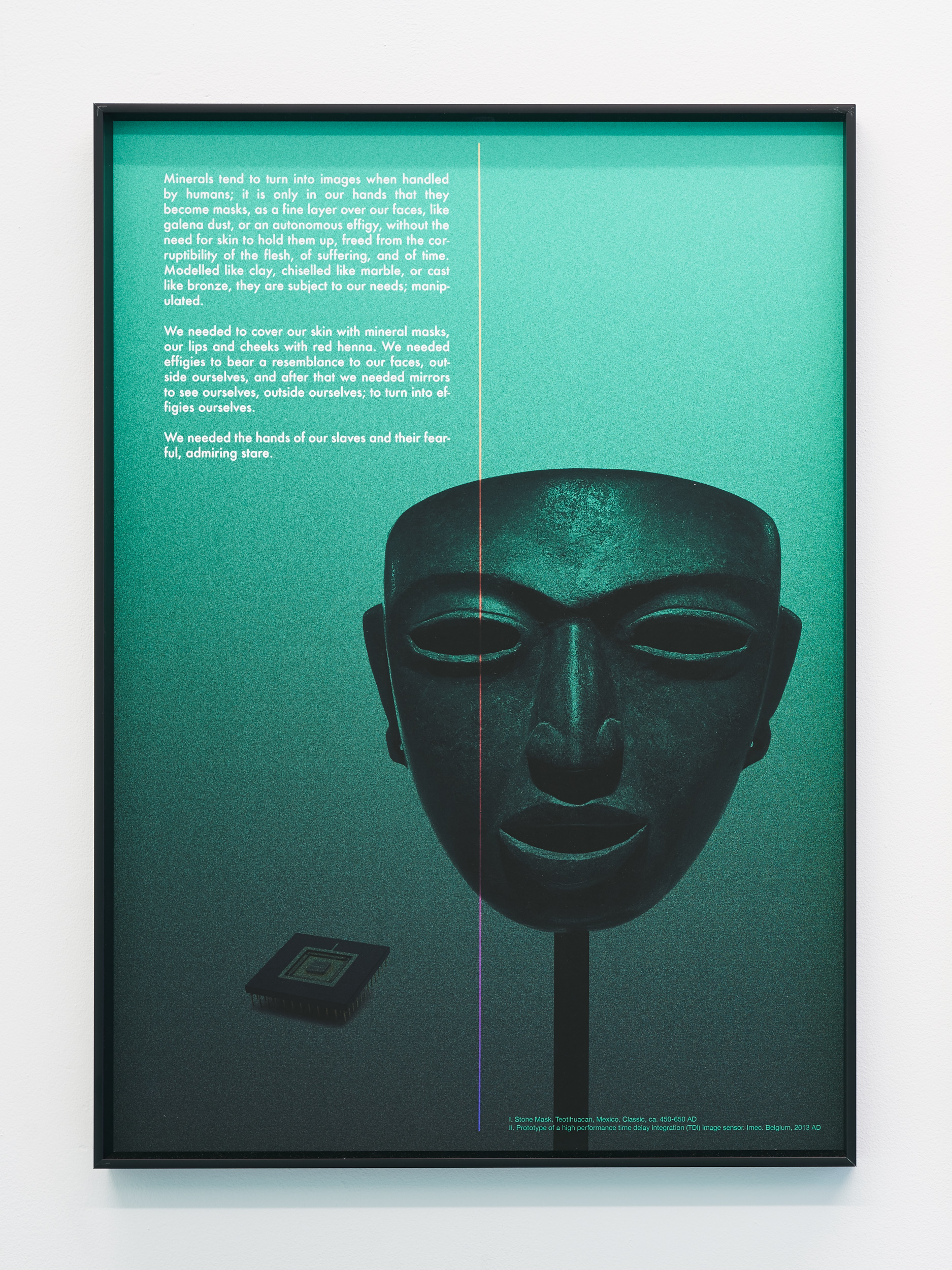 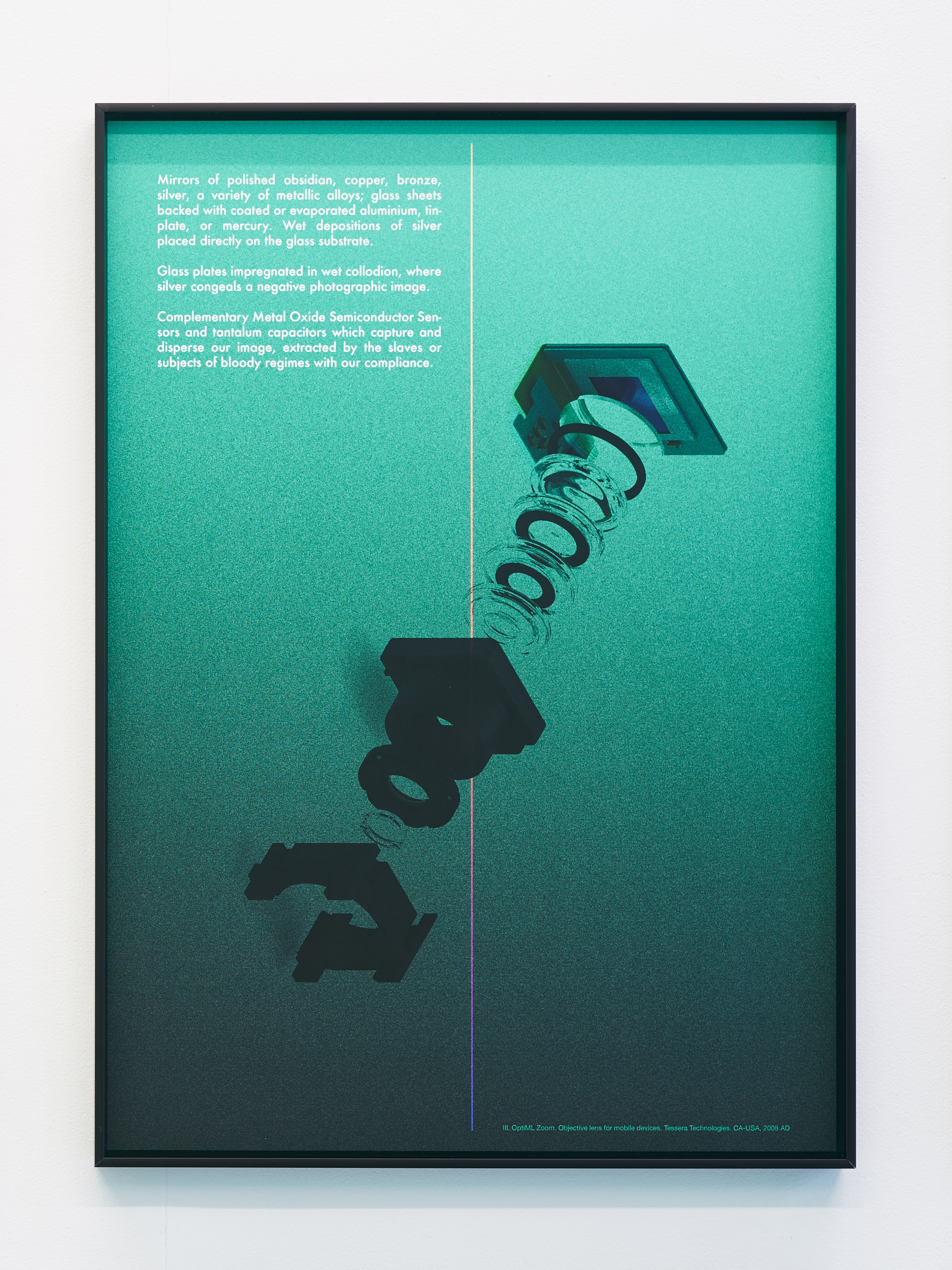 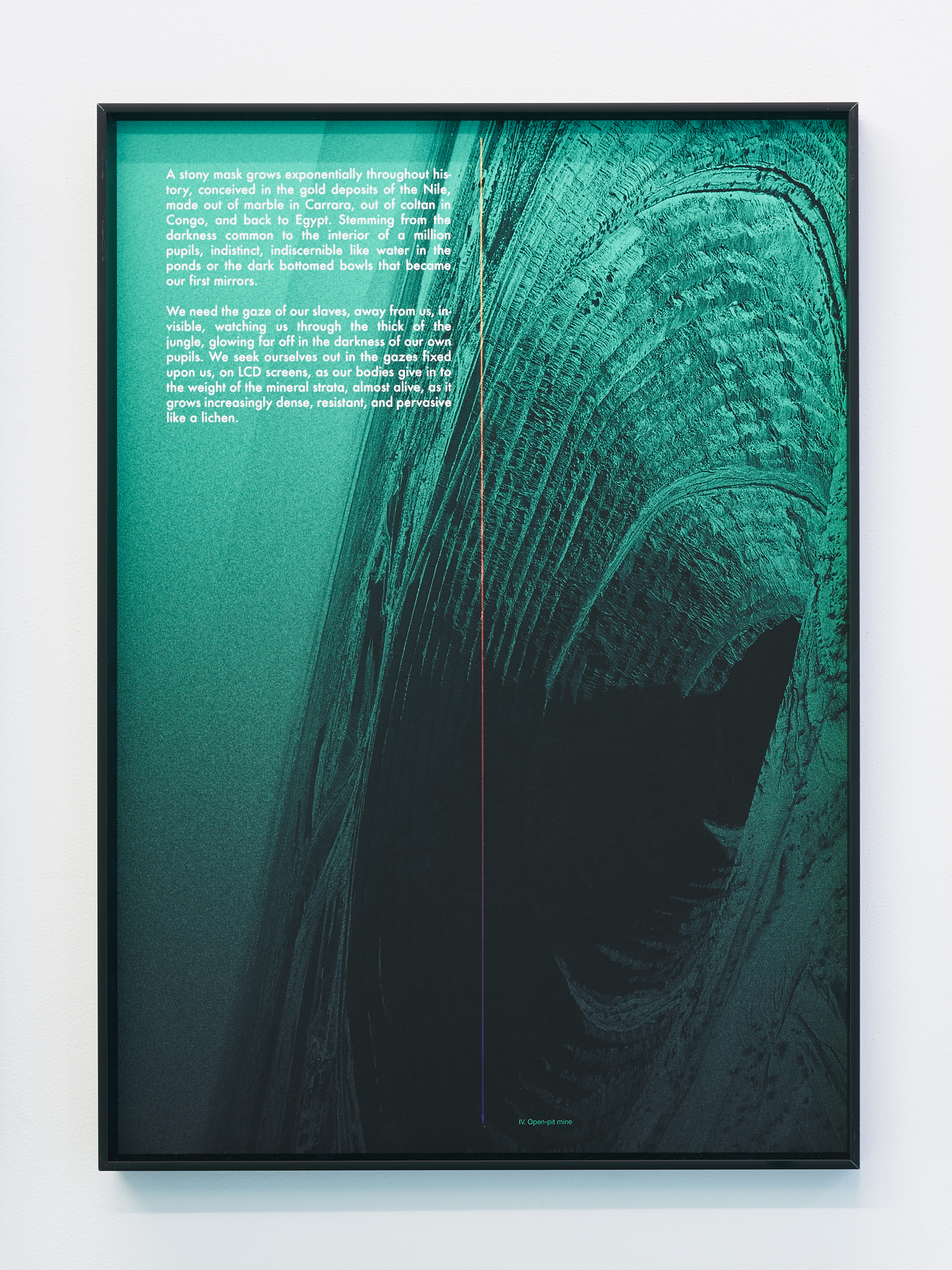 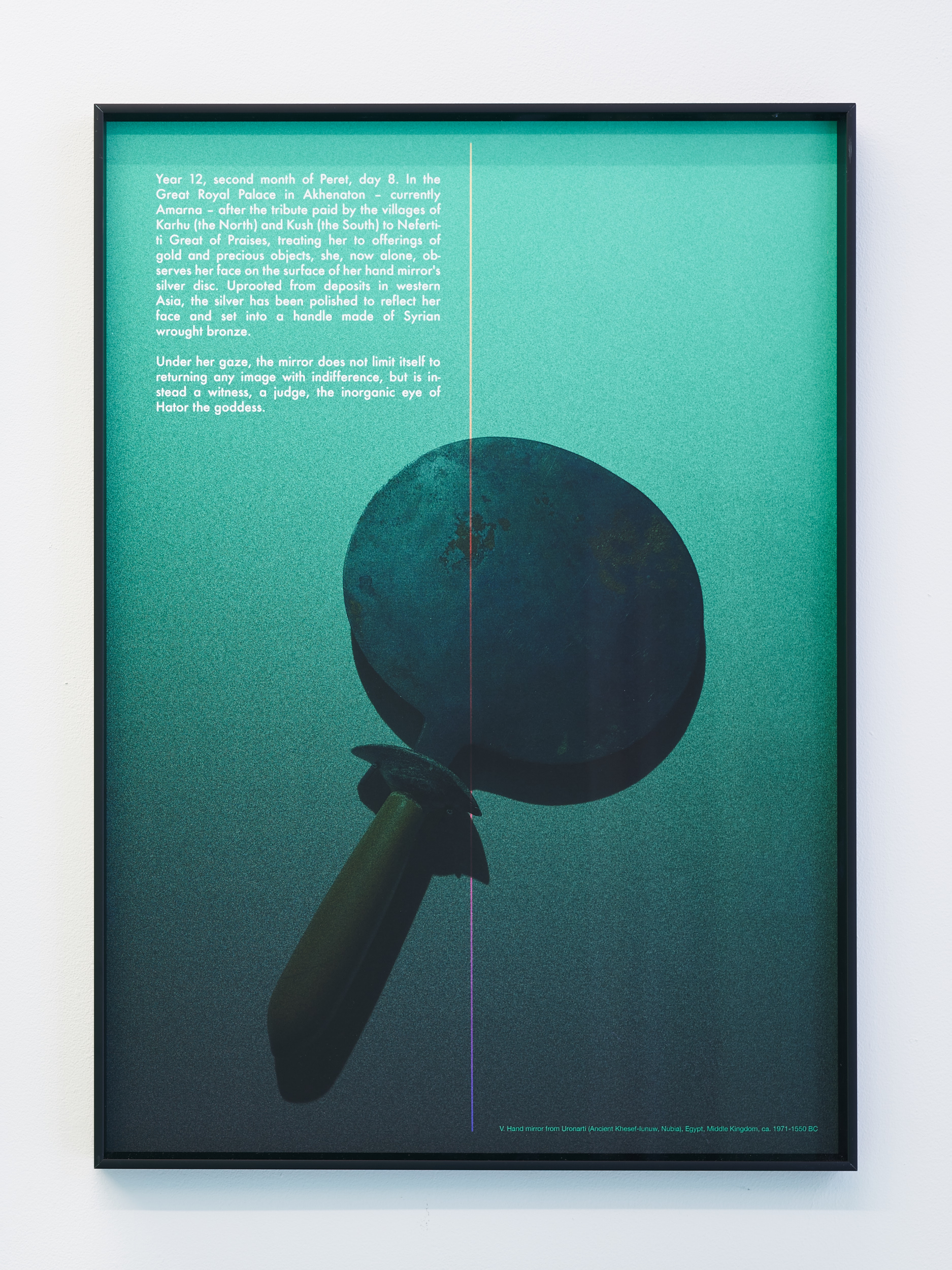 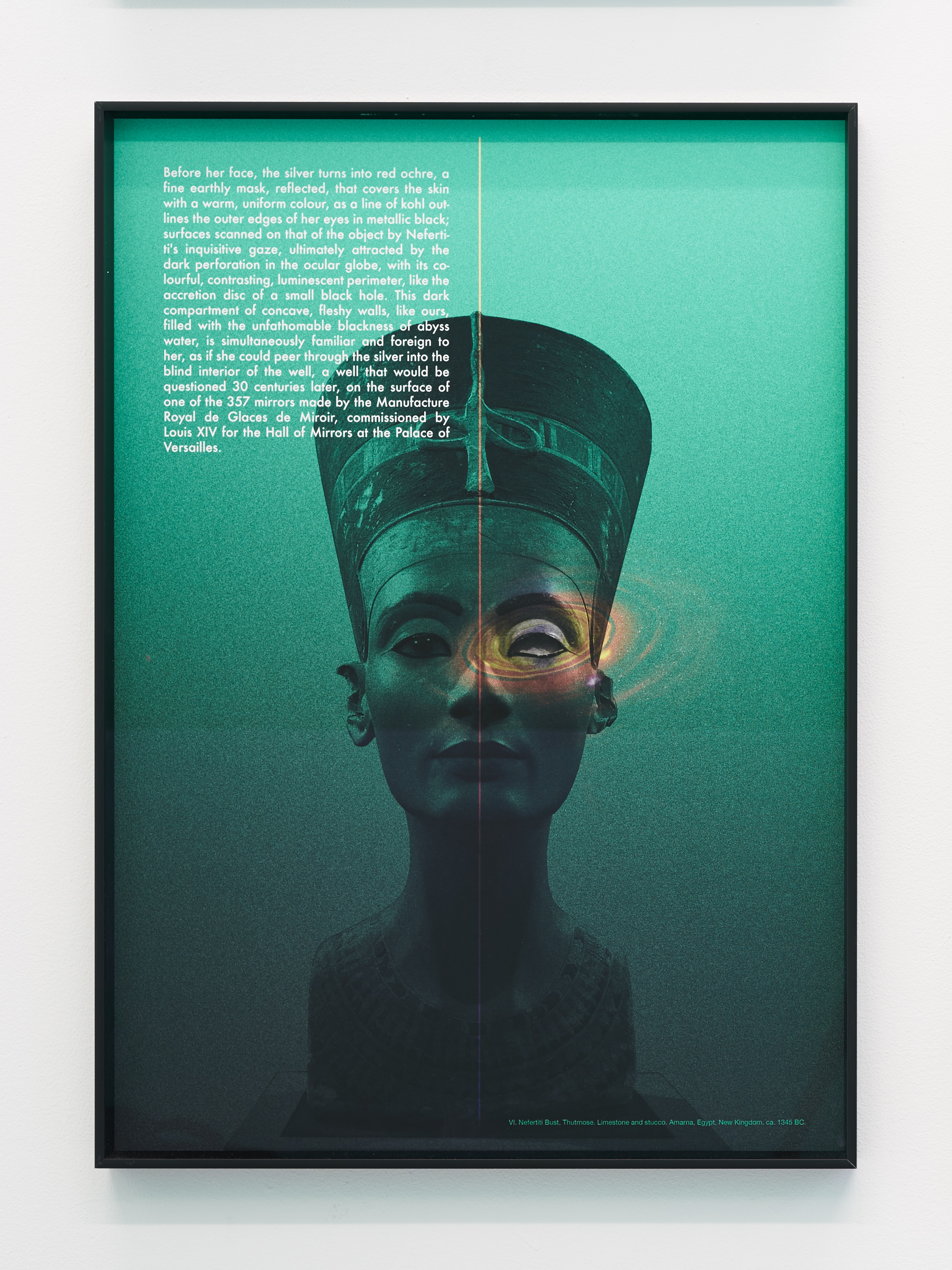 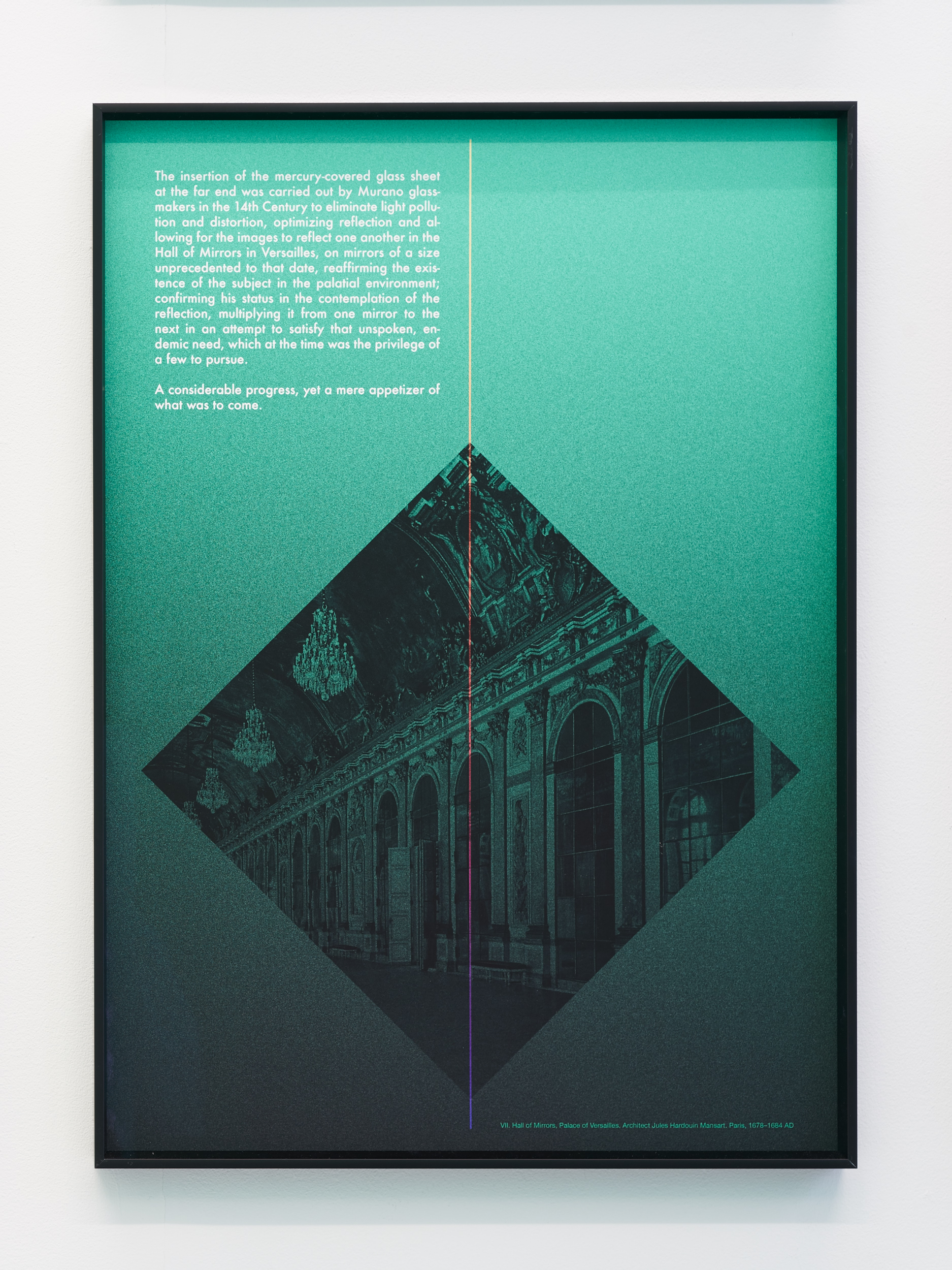 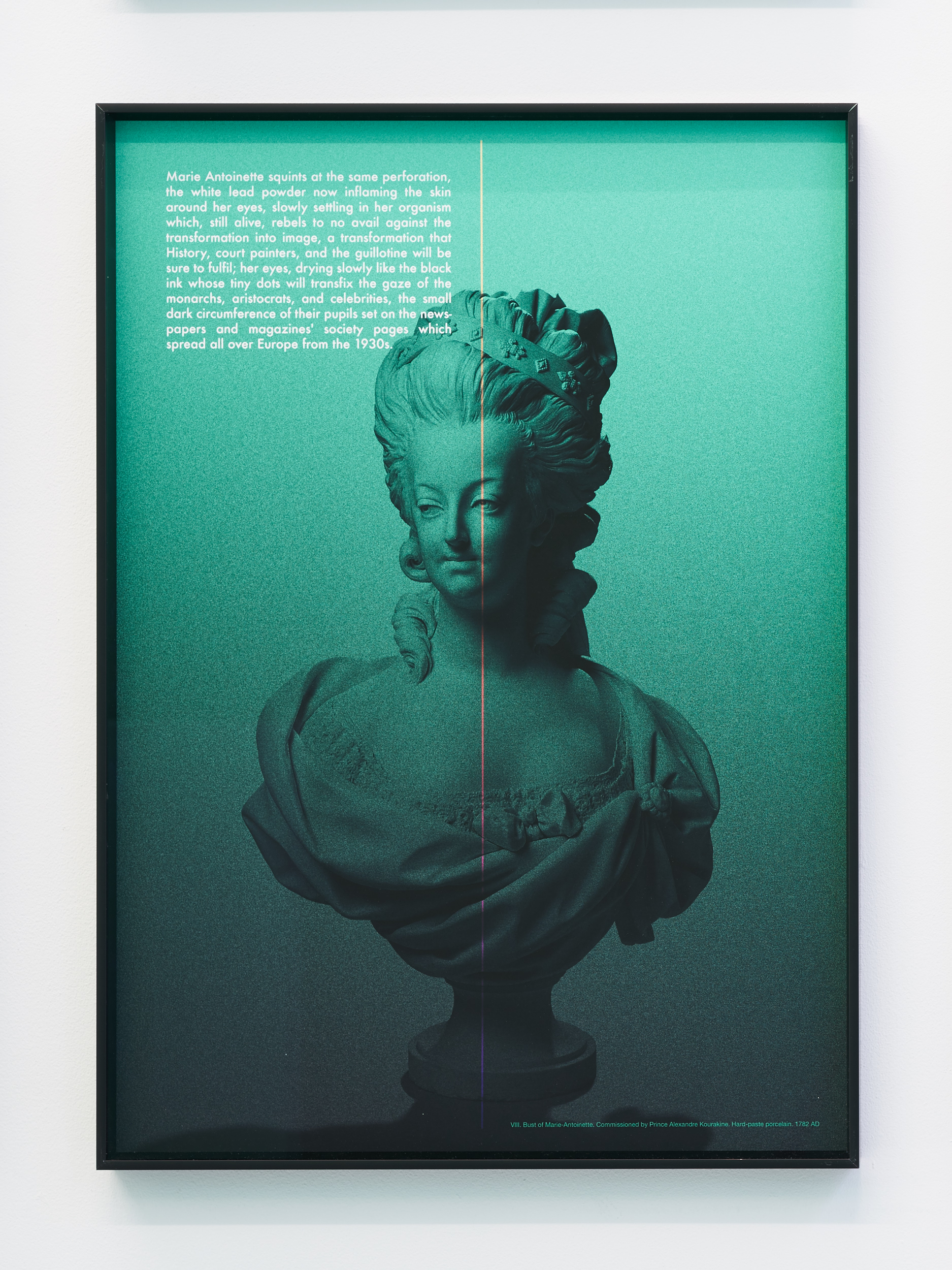 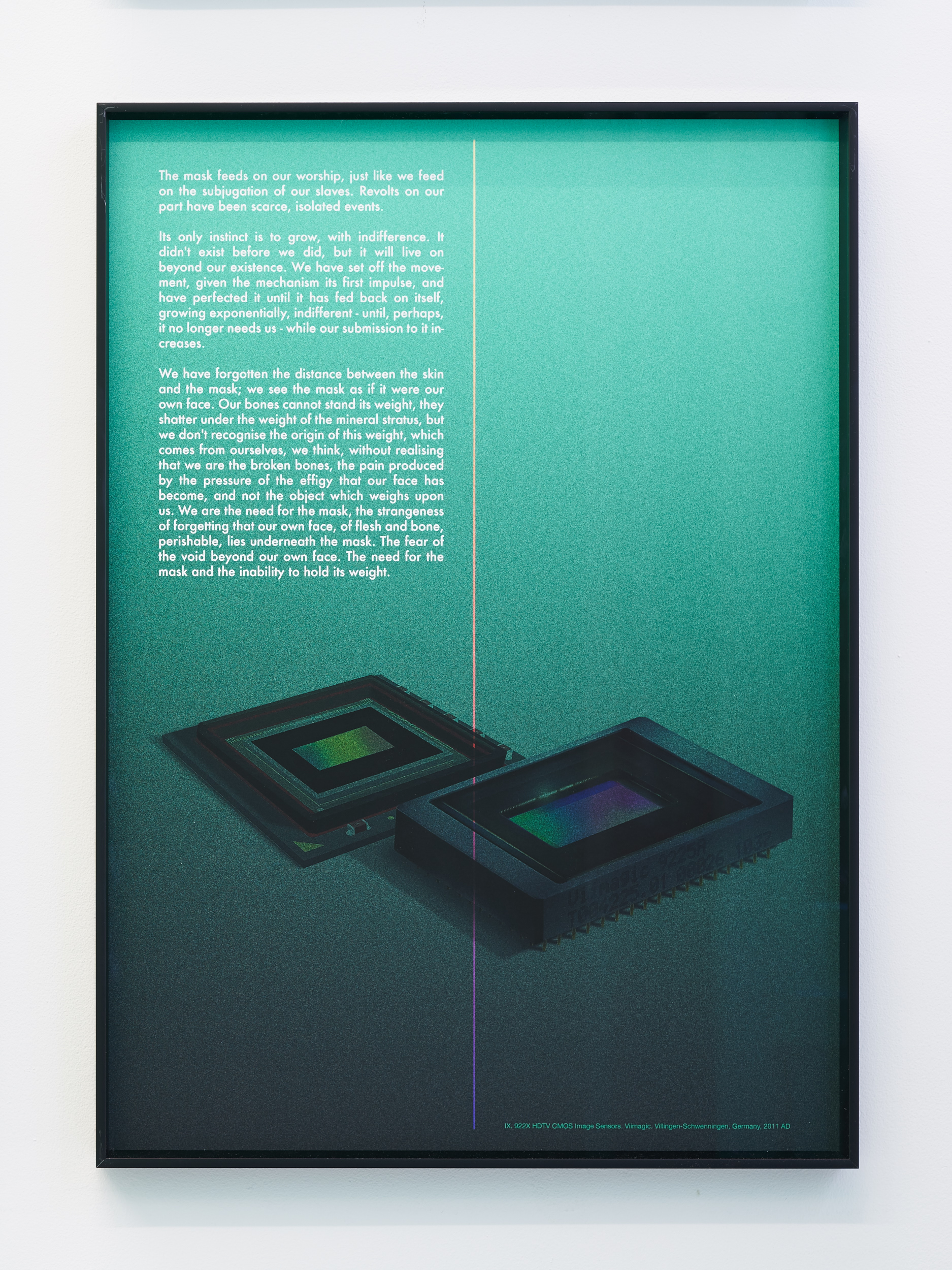 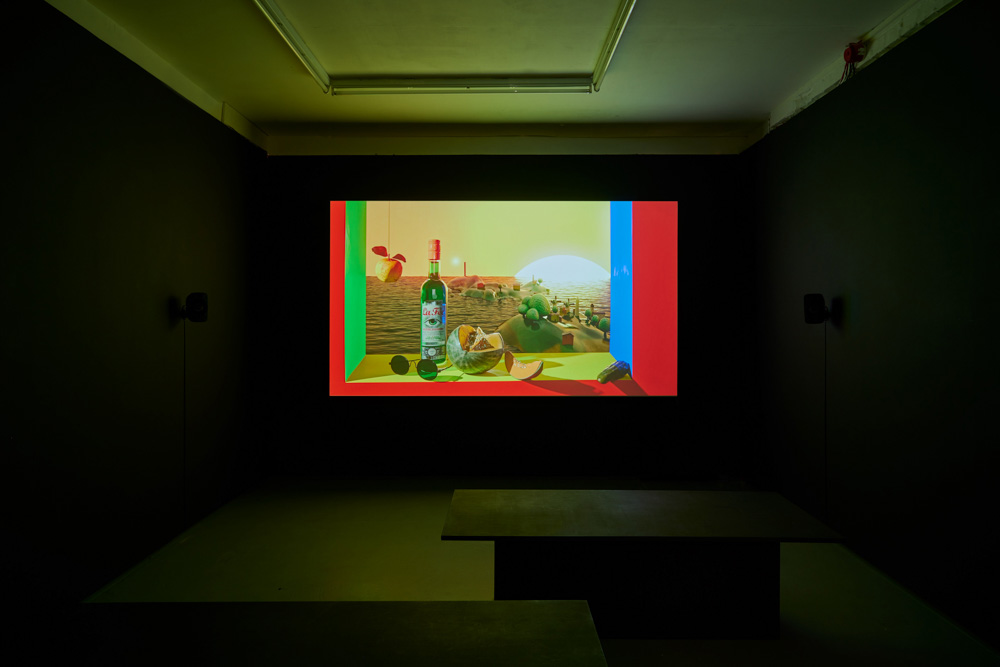 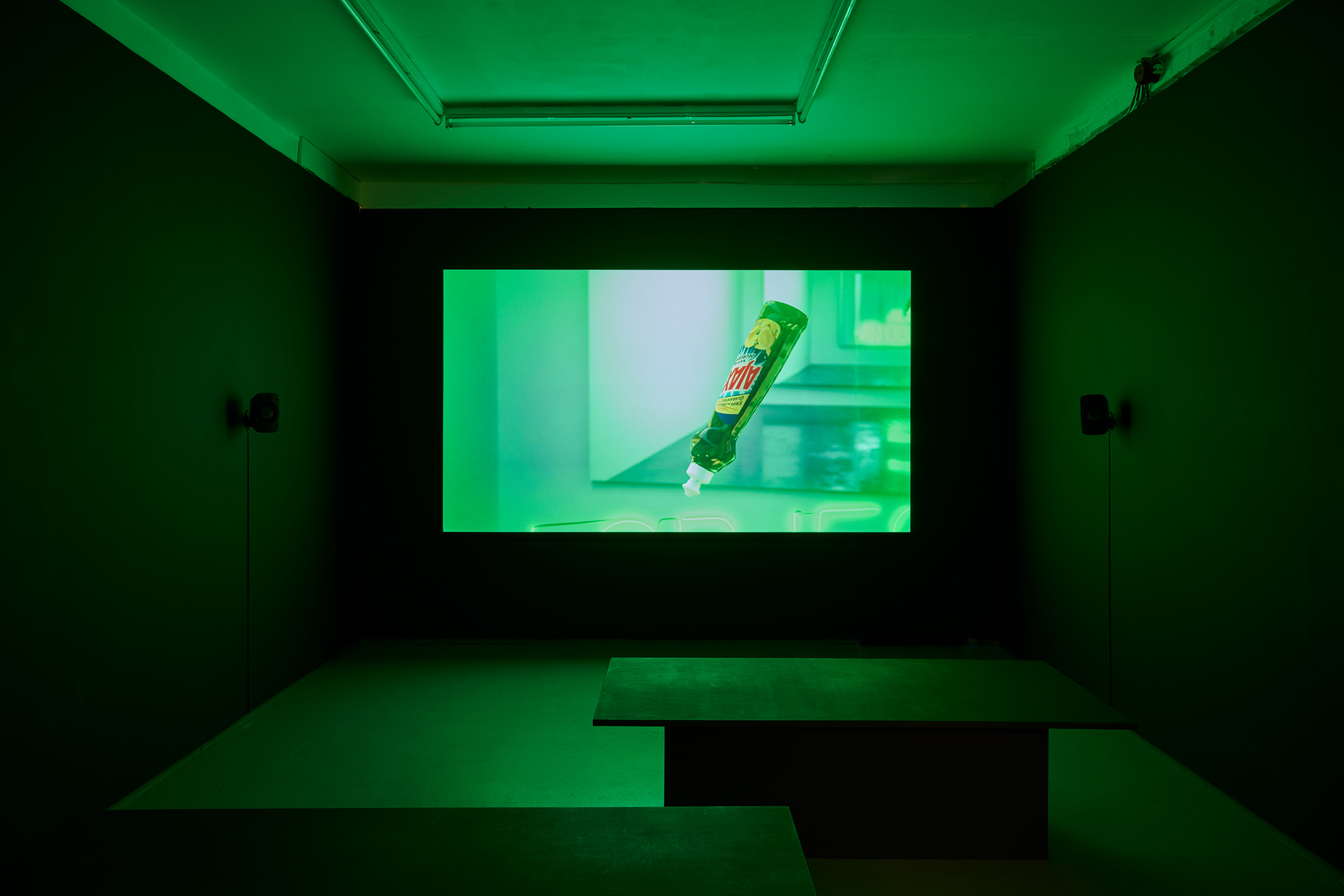 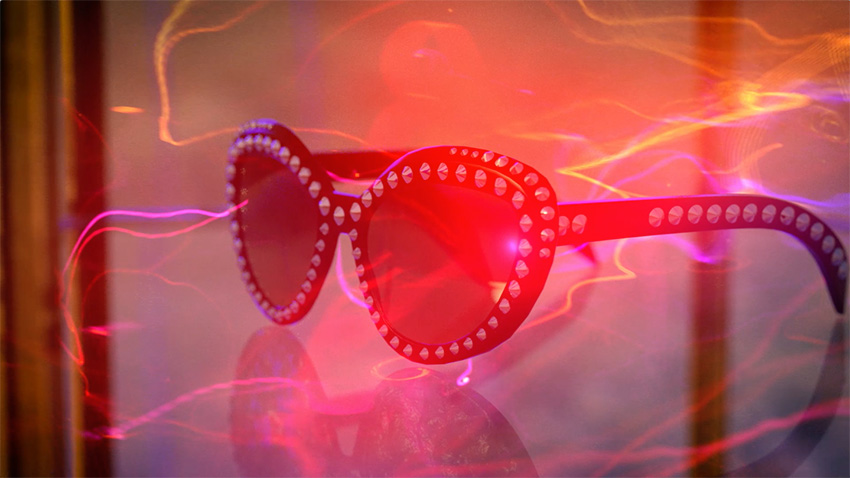 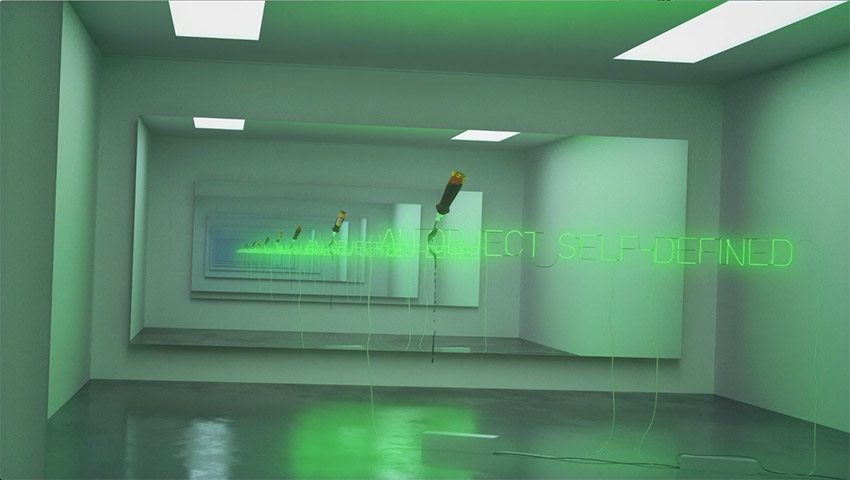 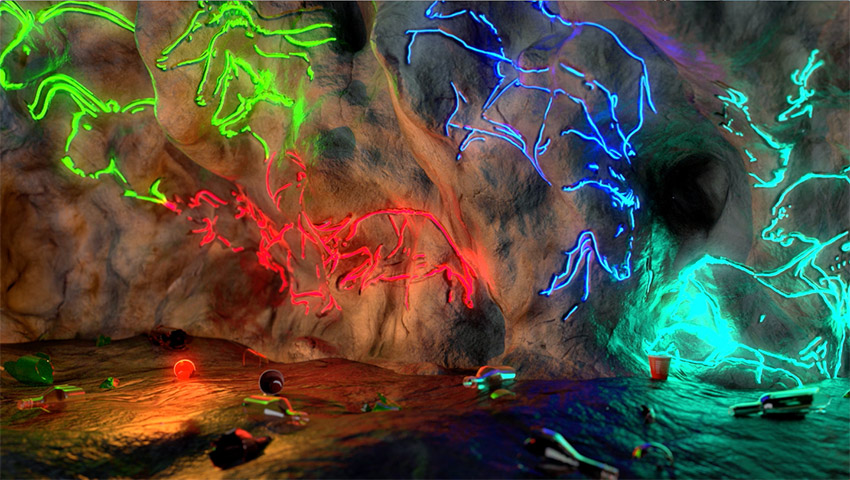 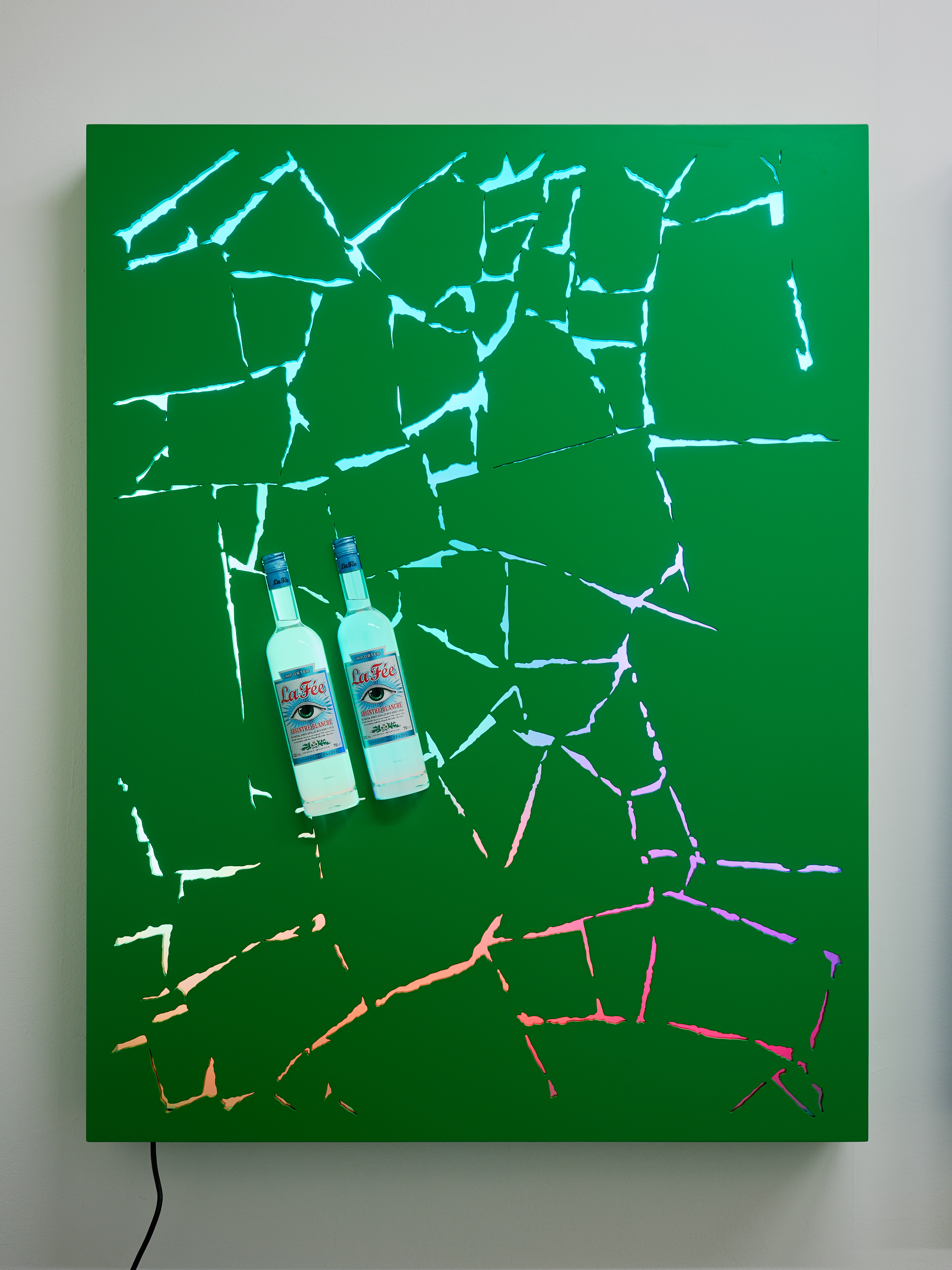 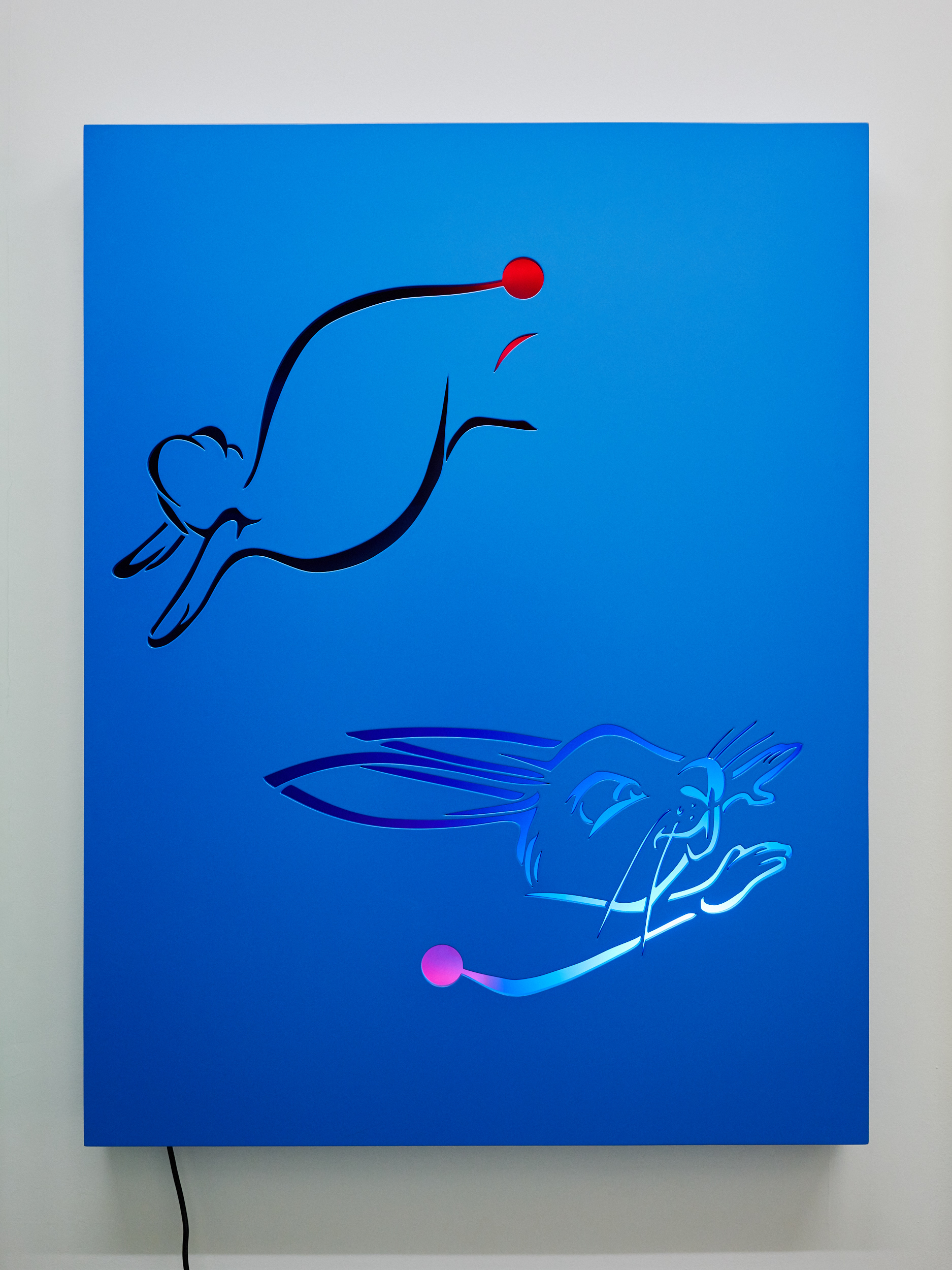 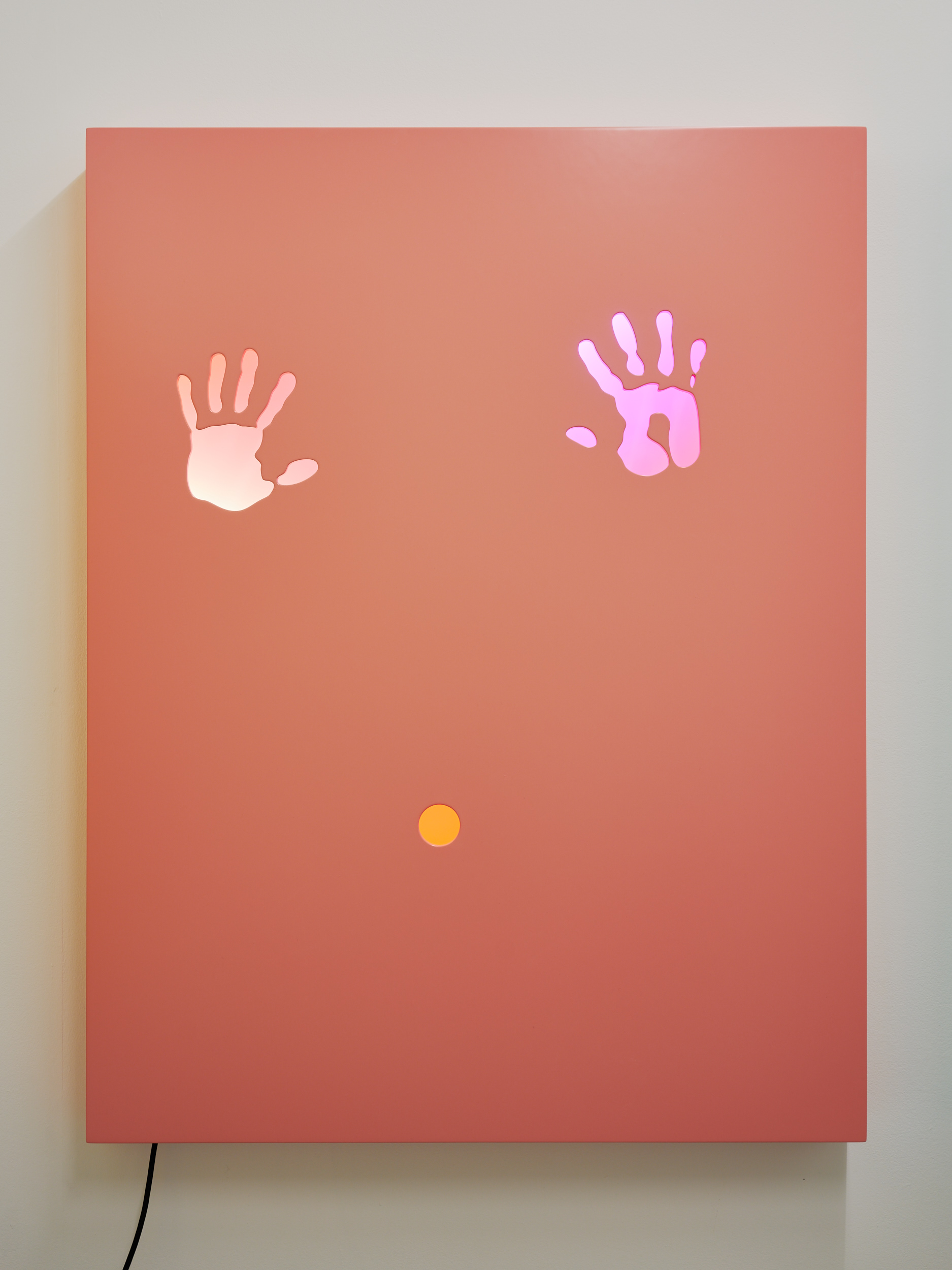 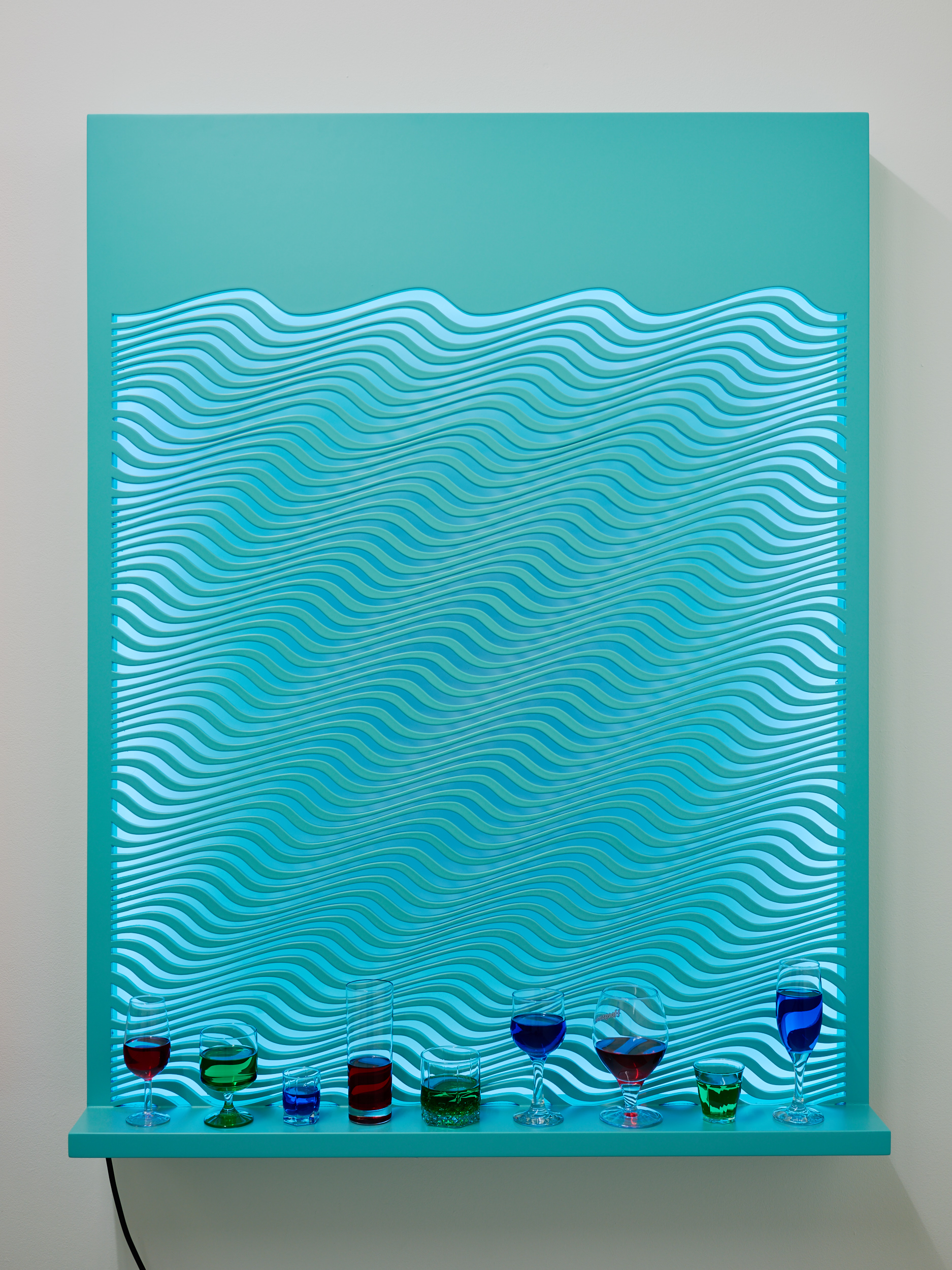 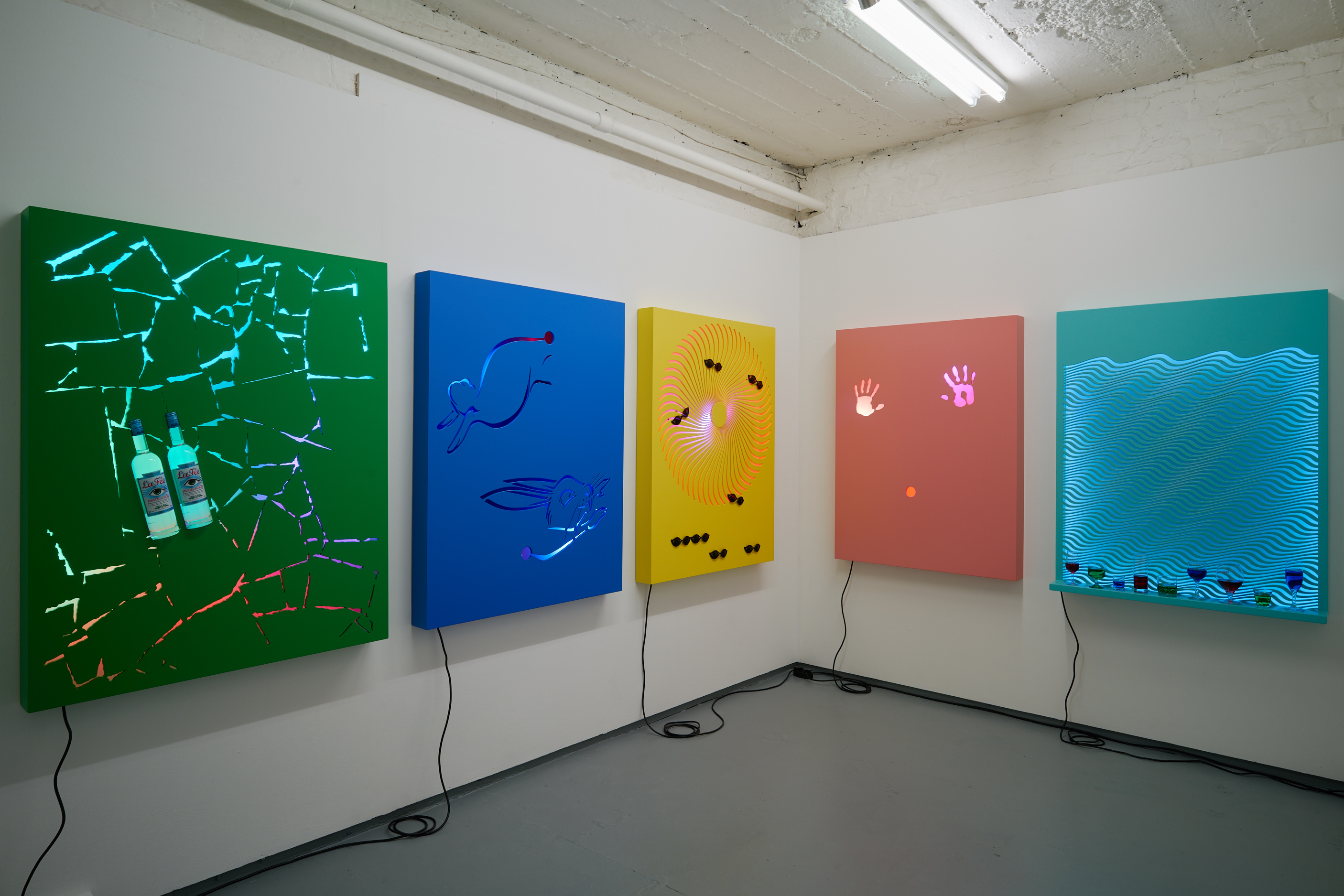 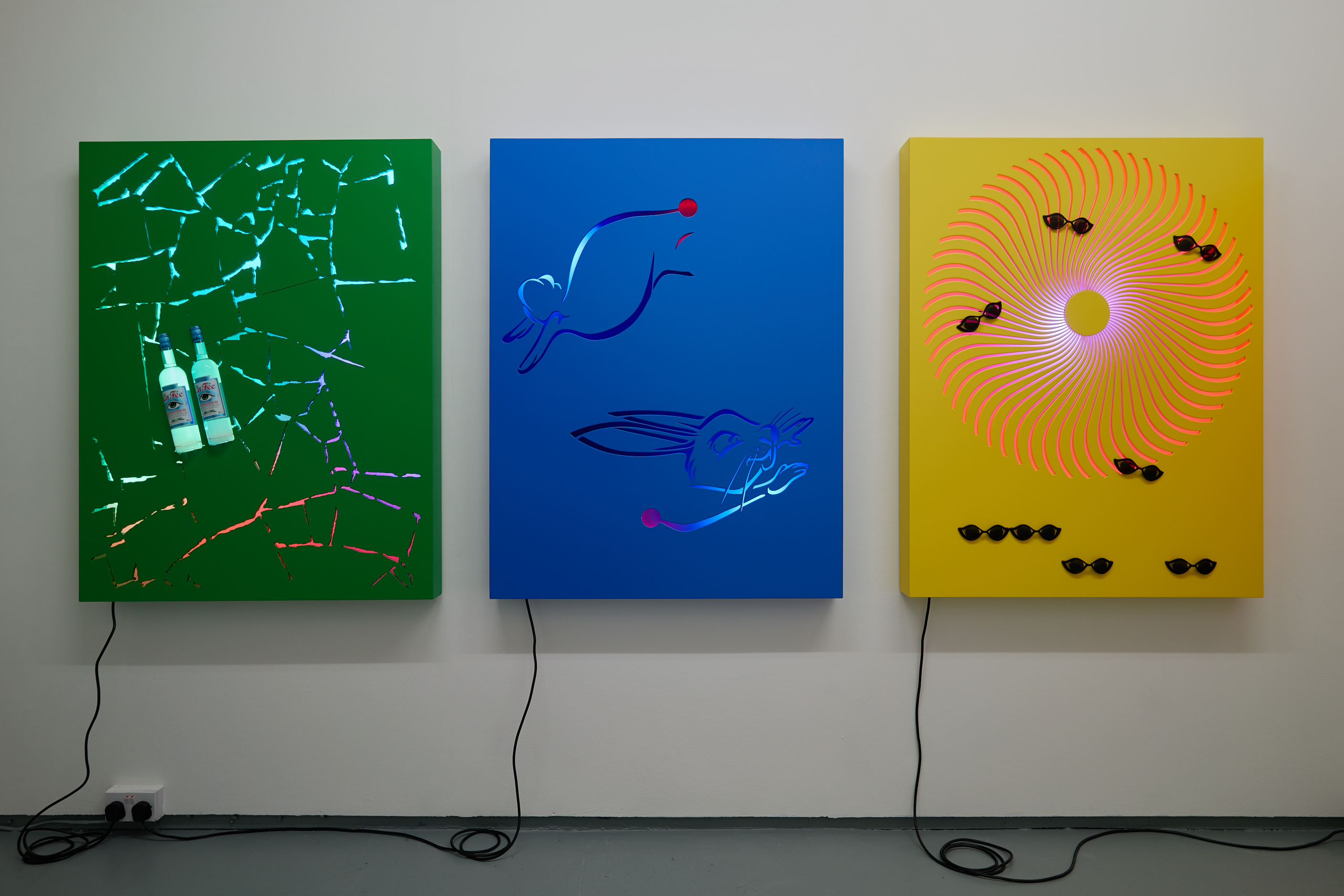 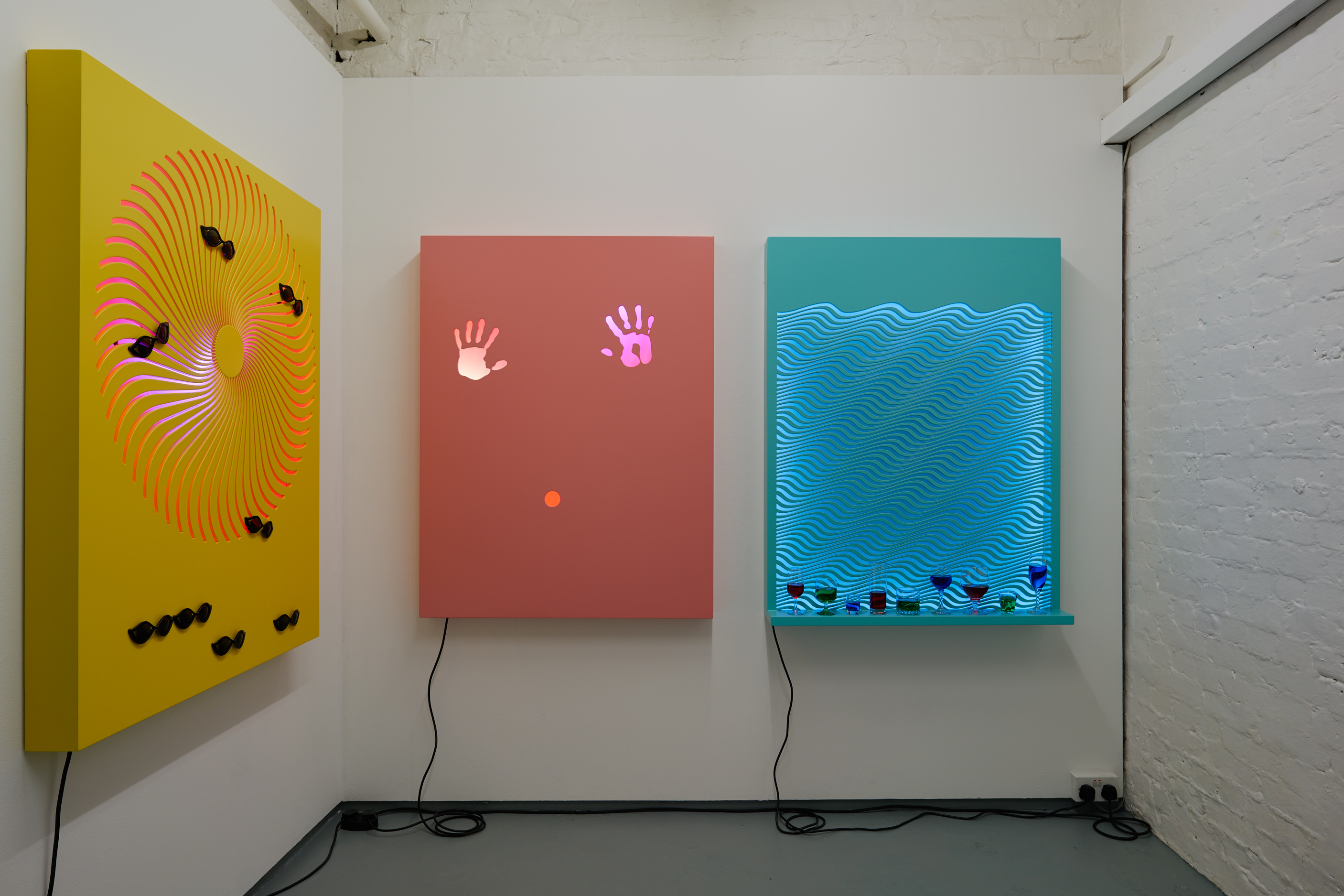